The defensive wall of the citadel I-II c. 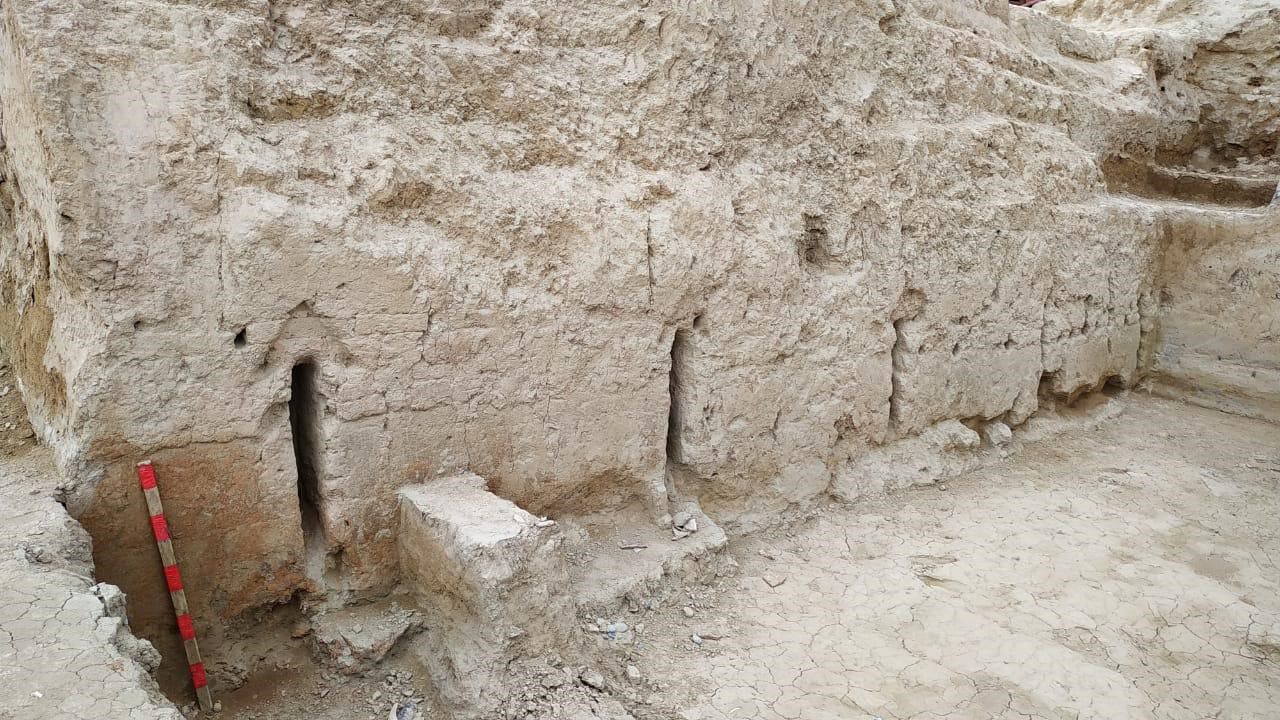 The citadel Kultobe-Yasi was surrounded by a powerful defensive wall. The most archaic fragments of this wall are now known as the “eastern wall”. Experts believe that most likely this is the oldest part of the entire complex built no later than the I-II century BC. At that time, the Kultobe settlement was one of the important fortification posts on one of the busiest region line of the Great Silk Road.

It was established that the thickness of the ancient defensive wall of the citadel is up to 3.2 - 3.8 m and several repair stocks. The wall was built from rammed clay and mud brick in lays.

It is known that in the IX-X centuries all defensive walls of the citadel were almost completely rebuilt and stabilized. The survived fragments of the previous walls were blocked by new ones.