The logo of the “Cultobe Settlement” open-air archaeological park combines graphic and textual elements, where the basis of the visual image is a combination of two signs: a swastika and a square.This tandem symbolizes dynamics and eternity. A swastika is dynamics, renewal, development and immortality, and a square is stability, immutability, eternity, a symbol of the earth and home.

The swastika is an ancient sign, characteristic of almost the entire world culture from West to East. The term itself goes back to the Sanskrit "svastika", which means "happiness" or "prosperity."

It is believed that in the Eurasian steppes a swastika - a cross with curved ends appeared in the Neolithic era and symbolizes the movement of the sun through the sky. Therefore, it is not surprising that the swastika in huge numbers and various variations is found on the Cultobe ancient settlement. This is, first of all, the architectural construction of the most ancient Cultobe cross form building- a temple dedicated to the cult of the Sun, swastika-like decorative ornaments on various ceramic dishes and decorative tiles laid out in the form of a swatiska on the mausoleum of Khoja Ahmed Yassawi.

This sign is still a sacred symbol in religions such as Hinduism, Buddhism and Jainism, and its many variations in the form of cruciform horn-shaped, floral and geometric motifs are often found in Kazakh national ornamental art.

The logo uses the simplest font, which with a minimal graphic image gives maximum expressiveness. The simplicity of the font underlines the age of the Kultobe-Yasy-Turkestan ancient city which originated in the pre-Islamic era. The logo is made in a combination of orange and saturated gray colors, where the orange color is the symbol of steppe, clay, life, energy and clarity, and the gray color is a symbol of eternity, the dust of time.

Orange and gray colors are the corporate colors of the main sponsor of the Cultobe settlement unique archaeological park - the world famous Eurasian Resources Group (ERG). 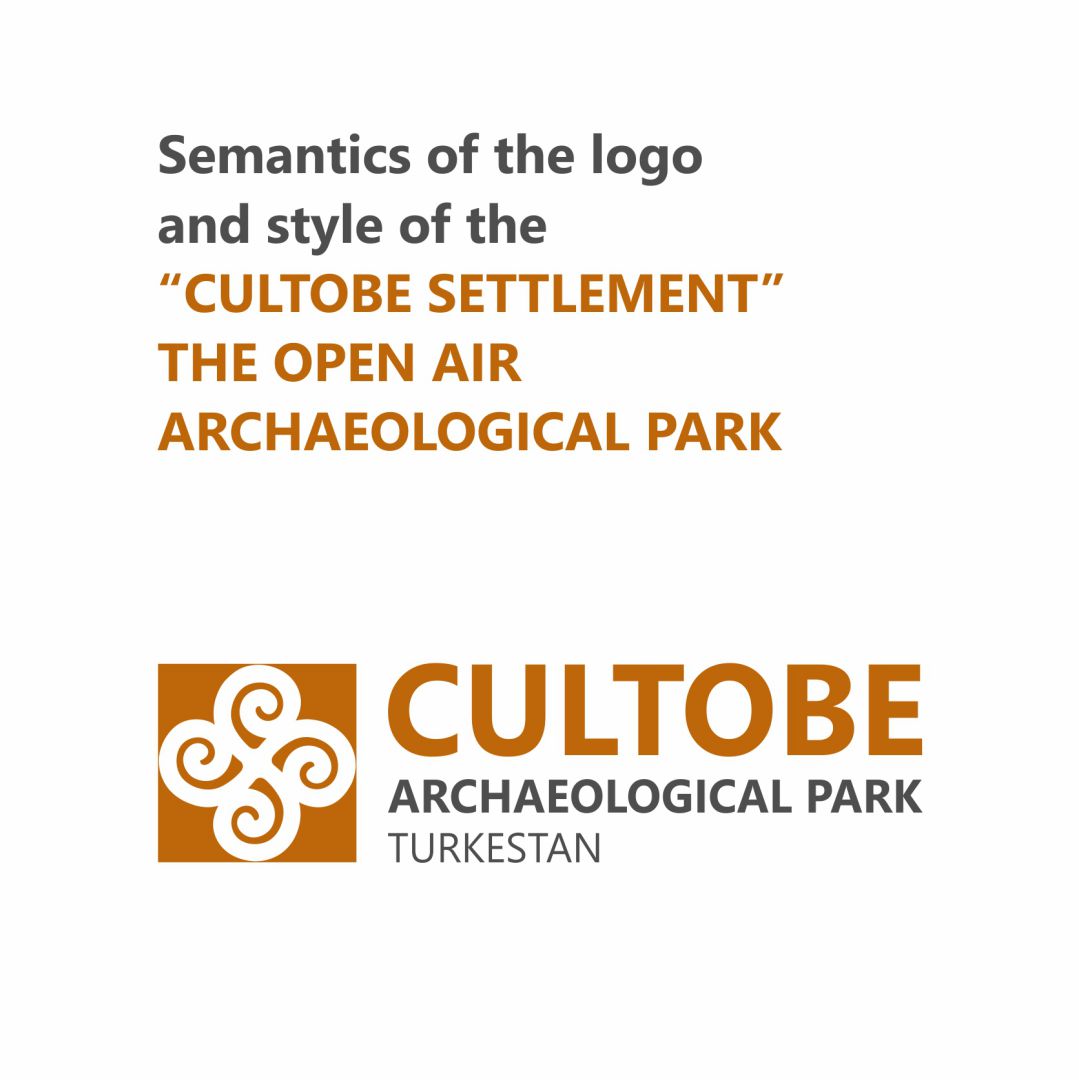 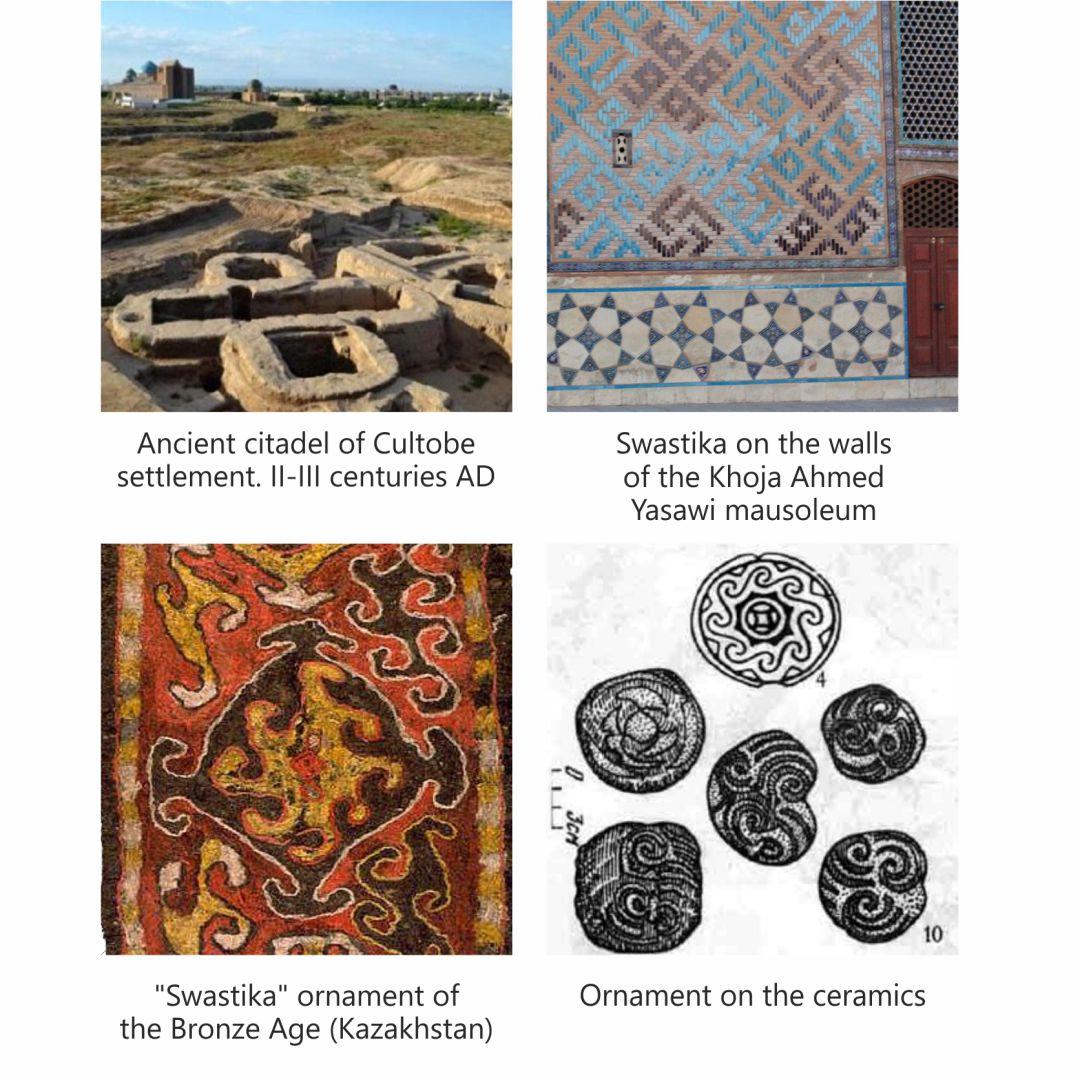 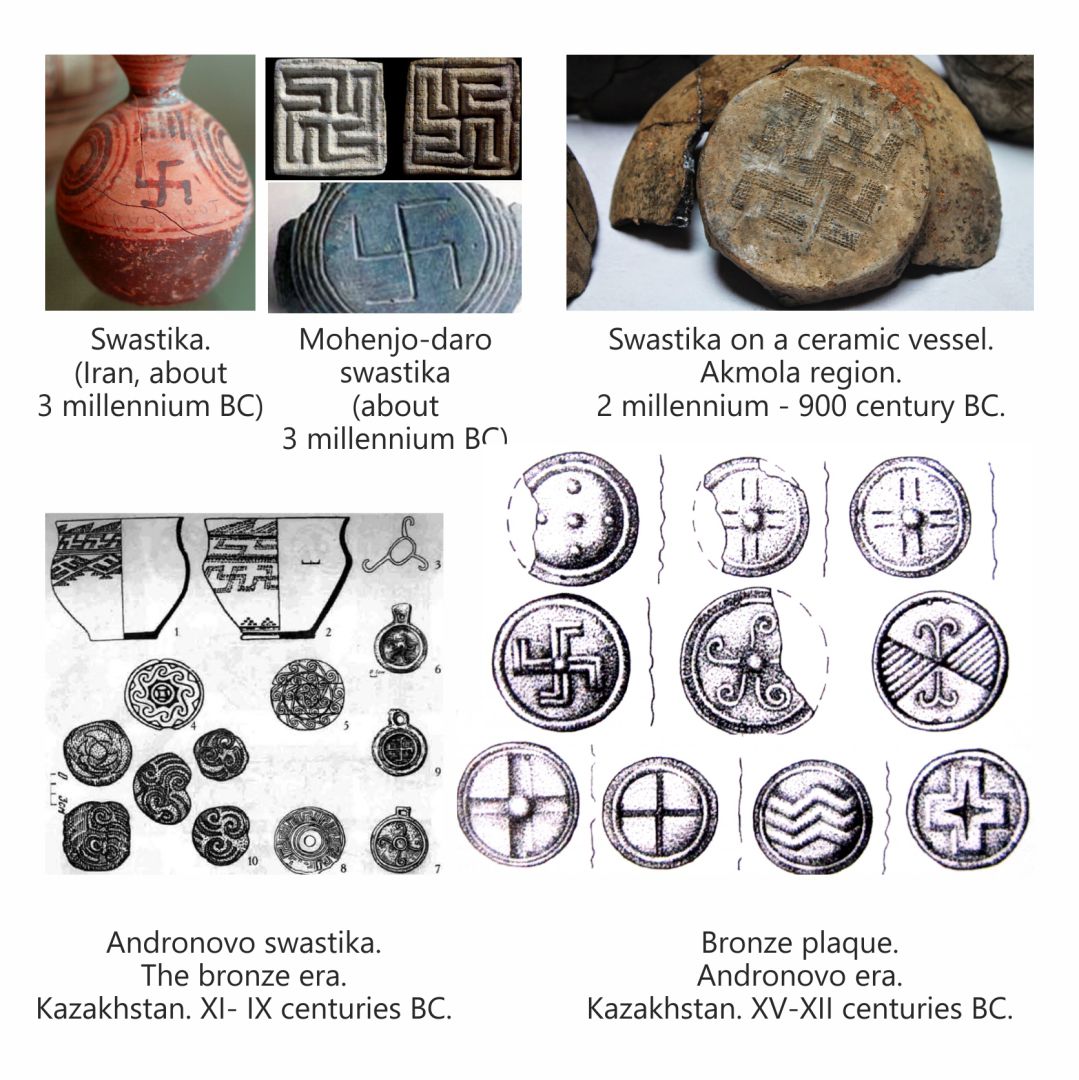 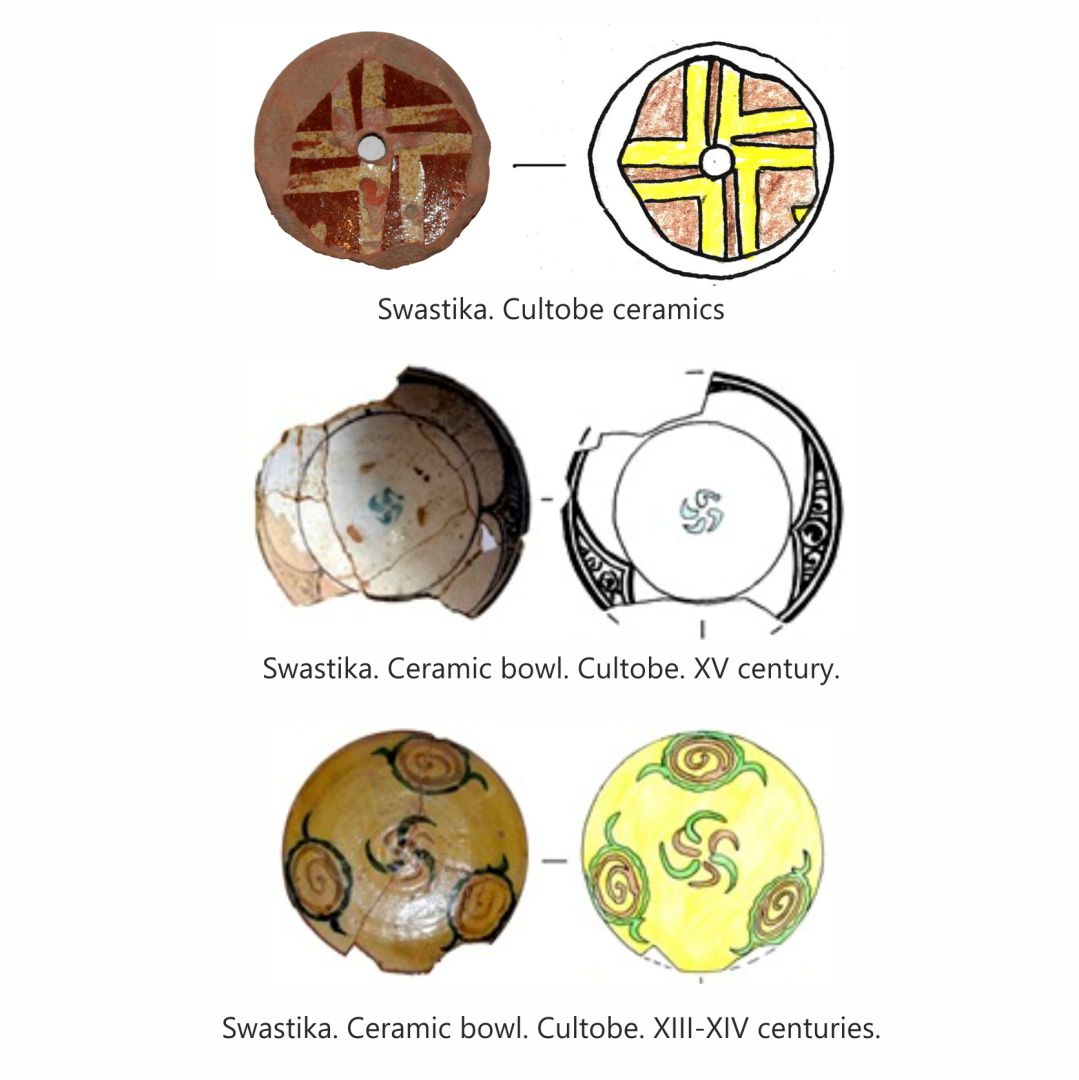