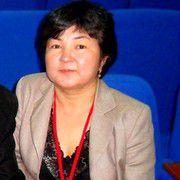 Staff scientist in LLP "Kazakh Research Institute of Culture", head of the archaeological team of the project "Restoration of historical sites of the ancient settlement of Kultobe".

She is a specialist in the study of the most ancient periods of urban culture of the Turkestan oasis. She has been working in the Turkestan Regional Museum of History and Local Lore in the Shymkent city over 25 years.

Since 2010, under the auspices of the A. Kh. Margulan Institute of Archeology, under the leadership of  E. A. Smagulov (1952–2019), participated in various scientific expeditions.

In 2019, she continued her research as a researcher in the “Restoration of historical sites of the Kultobe settlement” project.

Scientific works of A. A. Yerzhigitova devoted to the study of Ancient Turkestan. She is the author of scientific articles such as: “Early Medieval Necropolises of Southern Kazakhstan”, “Architectural and Archaeological Complex of the Ancient Yasy Citadel” and others.