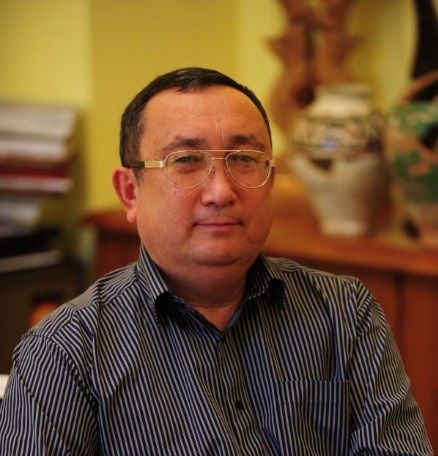 Doctor of Historical Sciences, Academician of the National Academy of Sciences of the Republic of Kazakhstan

Bauyrzhan Abishevich is one of the country's leading scientists in the field of archaeological science.

Since 2010, headed the A. Kh. Margulan Institute of Archeology. Under the guidance of academician Baitanaev B. A., scientific developments are underway in key areas of domestic archeology in the field of Stone Age cultures, steppe civilizations, urbanization, urban planning and architecture of Kazakhstan.

Since 2020, academician B. Baytanaev chief scientific adviser on the project "Restoration of historical sites of the Kultobe settlement".

He is the author of fundamental works on the archeology of Kazakhstan, he has published more than 300 scientific works, including 18 monographs. Among them are “Ancient Espijab (Medieval cities of South Kazakhstan on the Great Silk Road)”, “New Karatau petroglyphs”, “Antiquities of Bourguluk”, “History of Shymkent: 2,200 years according to archaeological sources” and many others.