Citadel of the Kultobe settlement of the I-II c. 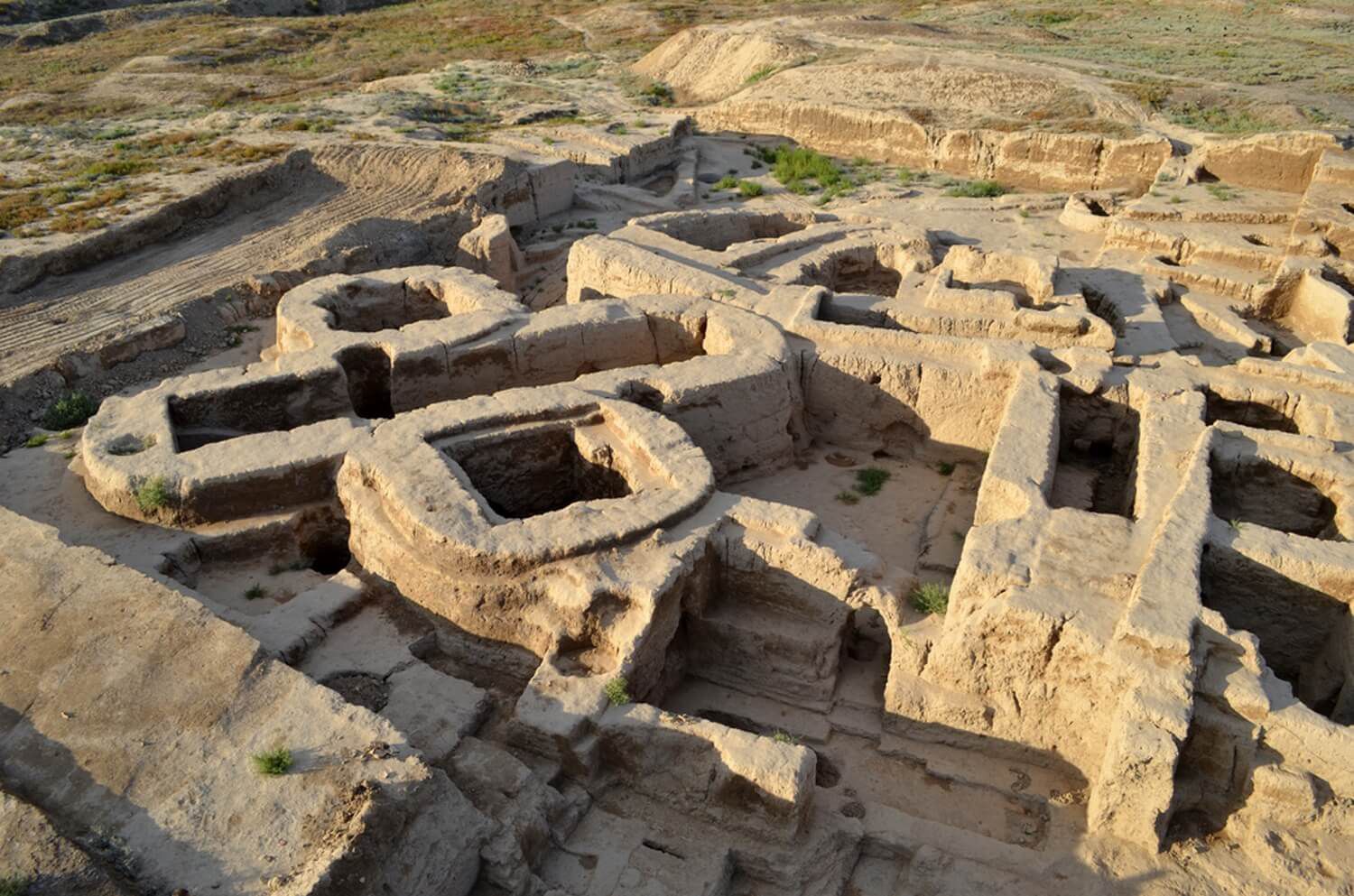 One of the significant sights of ancient Turkistan is the citadel of the Kultobe settlement, which is a complex of defensive, residential and religious premises of the Kangju era (I-II centuries - V centuries).

The citadel of Kultobe-Yasi is located in the buffer zone of the World Heritage Site - the mausoleum of Khoja Ahmed Yasawi and is a perfectly preserved unique example of raw architecture.

The study of this monument made significant adjustments to the existing reconstructions of the early stages of the history of Turkistan, which made it possible to say that this monument is one of the earliest evidence of the emergence of urban culture in the Kazakhstani history.

The citadel of Kultobe is a fragment of a wall with two towers, which in the plan probably had a hexagonal shape. The thickness and height of the walls of the citadel, which reached 5-6 meters, shows that inhabitants cared about safety. The towers and walls were equipped with two rows of arrow-shaped loopholes, which demonstrates the advanced techniques of the fortification art of ancient Turkistan.

Inside the citadel, in addition to the cruciform temple, there were also later residential and public buildings. In its architectural style, it has analogues in South Kazakhstan and Central Asia.

Experts call the citadel of the Kultobe settlement the most ancient architectural and cultural landmark of the Turkistan region and a "reference point" in the development of Turkistan - the future homeland of Turkic Sufism and the capital of the Kazakh Khanate.