The period of the Kazakh Khanate

This period the Kultobe settlement become as a big city with citadel and densely settled by shahristan and rabad. The Kultobe settlement passed a huge development path from the ancient settlement of the Kangyu era to Yasi settlement and by the XVI century becomes a political, economic and cultural center - the capital of the Kazakh khanate. During this period city infrastructure actively continued to develop.

Yasi-Turkestan city took a particular popularity in the ХII century as the place for preaching activities of Sufi sheikh Khodja Akhmed Yasawi. The burial site of the famous ancient Turkic poet and preacher of Sufism in the XIV century in alongside within 300 meters from the the Kultobe settlement was set up the majestic mausoleum of Akhmed Yasawi the worship place of all Muslims of Central Asia up to date.

The Kultobe settlement is the most ancient and early stage of the culture history of the ancient Turkestan – the spiritual capital of all Turkic world.

In the northern part of the Kultobe settlement the Medieval dwellings were found and according to experts were built after Kazakh khanate, approximately in the XV–XVI centuries. Only the basement, corridor and door remained from the houses. In one of the rooms tandoor was found. It was used not only for baking bread, but as a heater. Also, the hearth was found an essential element of every house of that time.

In the northern part of the Kultobe settlement archeologists found ruins of Kazakh dwellings, as well as houses of the Kokand period. Researchers assume that they dated by the XVI–XVII centuries. At the excavation site rafters, fragments of roof cladding, furnace-roaster with ash, corridor was found. In the same part of the site the XVI–XVII century’s houses with 5 premises were excavated.

On the territory of rabad to the north-west and south-east from the Kultobe citadel dated by the XIX century 17 houses with 3–4 premises each were excavated. Overall, 56 premises, a main street and a trade arcade located along the street with 6 premises belonging to the Kazakh khanate period were opened.

The remains of a brick kiln were found in the Kultobe settlement, 40 m to the south-east of the central hillock. The combustion chamber of the kiln has been preserved. In the upper part of the chamber, the bases of the transverse vaulted partitions are preserved. The walls of the kiln were originally made of mudbricks, which were burned during the process. They are very slagging.

At this time the kiln is completely cleared. The approximate parameters of the kiln are 2.62x1.60 m, the depth of the combustion chamber is about 1 m. The internal space of the kiln is filled with broken bricks, small pebbles.

Almost identical to Kultobe brick kilns in design were used in the X–XV centuries in  an immense territory from the Central Asia to South–East Europe. Similar brick kilns were found in the Otrar oasis. Currently, 8 kilns have been researched near the Otrar and Kuyruktobe settlements.

Otrar kilns dated by the XIII–XIV centuries. Tentative date of the Kultobe kiln is the XIV–XV centuries. With a high probability, we can assume that the bricks for the mausoleum of Khodja Akhmed Yasawi could also be made here, close to the facility. The structure of such kilns set up to burn glazed tiles and tiles used for cladding monumental buildings.

Kultobe artifacts of this period and the earlier XIV century are represented by a hoards of coins, fragments of various ceramic dishes and dishes of the Russian Empire, ancient books, textiles, children's ceramic toys-whistles and other artifacts. Many of the artifacts are not yet known and are waiting for researchers. 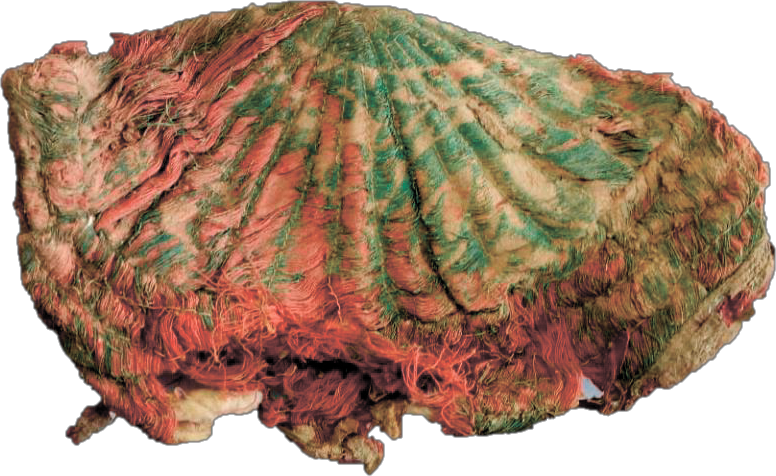 3 unique headgear examples were found on the Kultobe settlement and preliminary dating from the XVIII – beginning of the XIX centuries.

Presumably the Kultobe headgear is a part of the traditional female costume of the Bukhara Jews, Turkestan community. 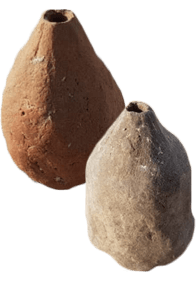 Children's toys are quite a rare archaeological find. So, the Kultobe whistles are a huge ethnographic interest. These examples are quite primitive and are made in pear shape with a hole at the top. 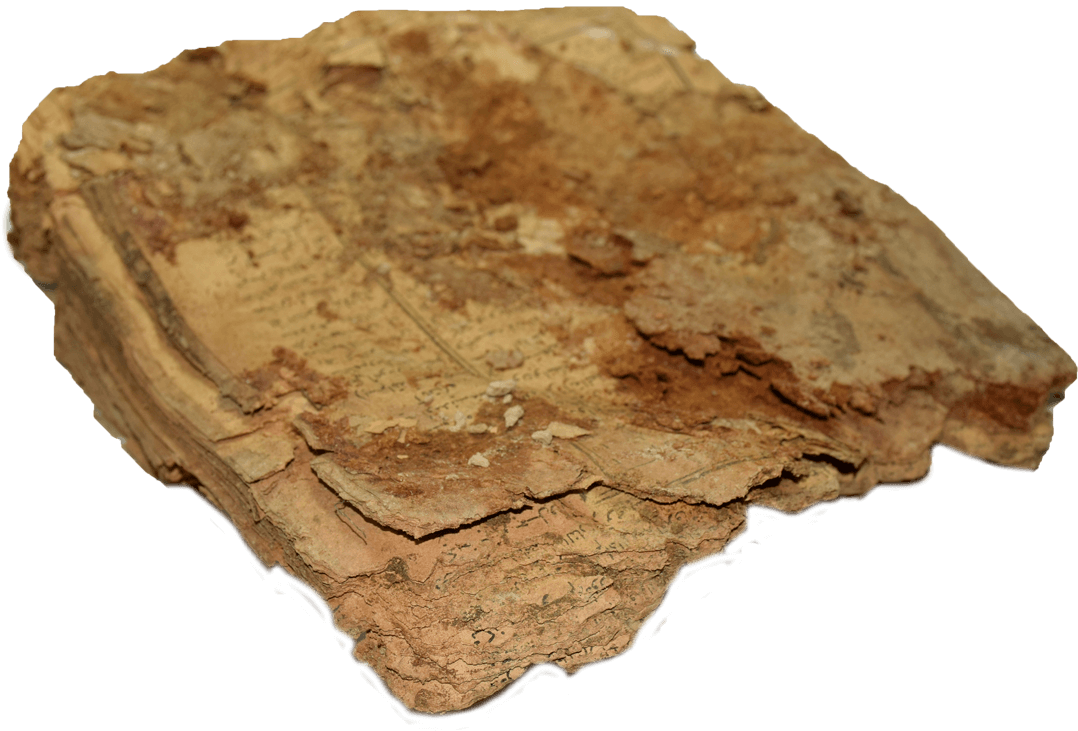 Arabic script books have been found on the Kultobe settlement and according to the preliminary assessment of experts are explanations to the Quran.

Paleographic features of the book and printed letters are close to Egyptian and Turkish editions of the XIX century. 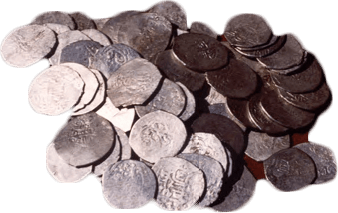 Dirhams are minted at the Mints of Almalyk, Andijan, Bukhara, Kashgar, Kendzhde, Marginan, Otrar, Samarkand, Taraz, Khojenta, Shasha and Yangi. The shown dates of dirhams take the period 676–696 of Hijra (1277–1297).

Folles are the type of Otrar, Hijra and Farab. 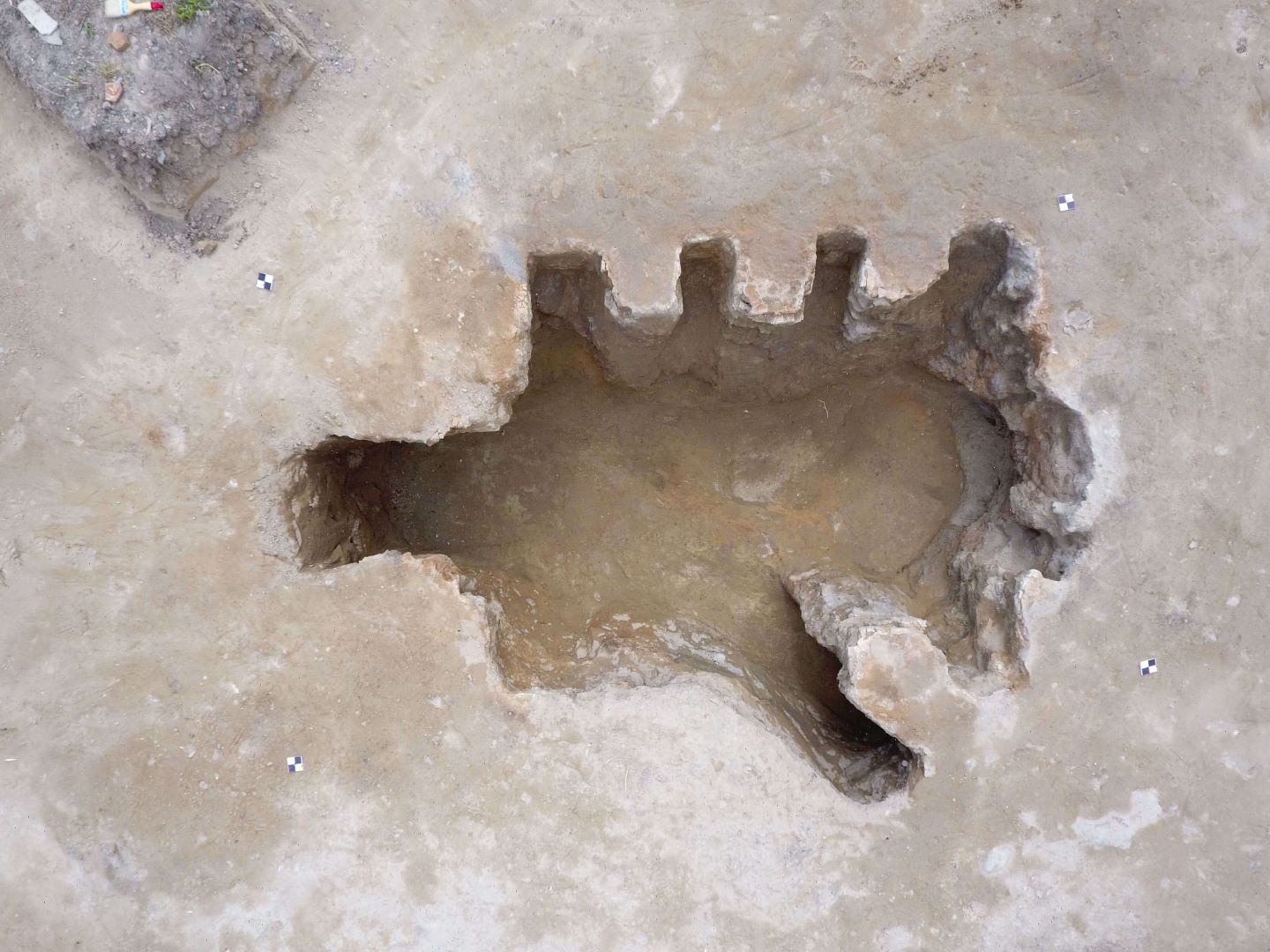 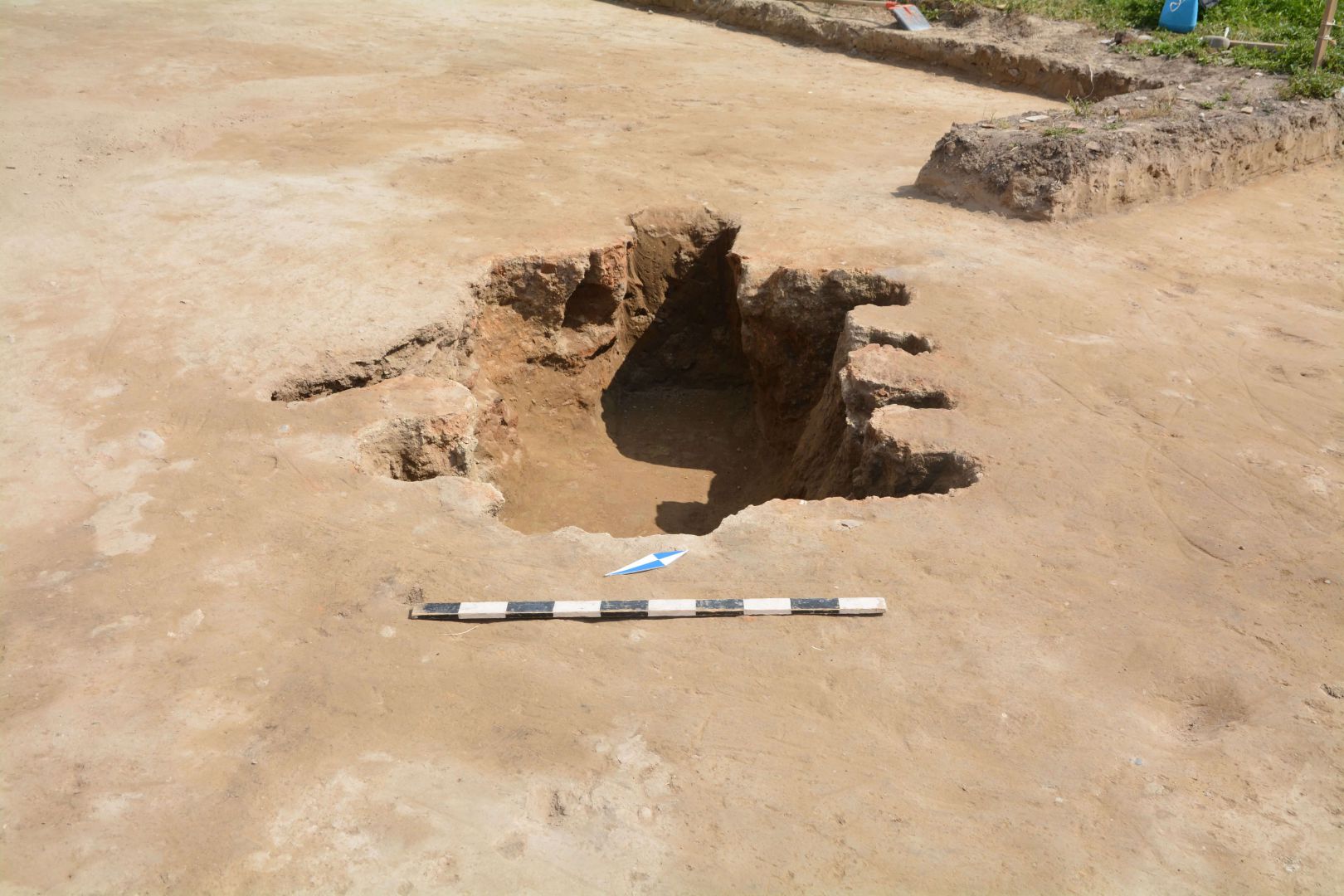