This period is known as the golden age medieval urban culture and conforms to the period of Karakhanids (X–XII centuries). Kultobe settlement by XII century became as a major cultural, religious and economical center and is named as Yasi city. According to some sources Yasi was a suburb and another source considers as a satellite city of ancient Shavgar.

Experts believe that during the medieval the citadel of the city of Yasi was on Kultobe hill. The main construction of the citadel was the castle. The facades of the castle were decorated with terracotta slabs and the equilateral cross figures through. The abundant wreckages of that were found on Kultobe.

On Kultobe a number of constructions related to this period have been found. The most important among them are the remains of twenty rooms for various purposes and four of which are altar intended for religious rituals, as well as fragments of the defensive wall.

Due to Sufi preacher Khoja Akhmed Yasawi the city gained distinctive popularity and after his death became known as a particularly revered place throughout the Turick world.

Fragments of the defensive wall

Kultobe’s defensive wall fragments have been found in the southeast side of the central hillock on local parts of the east and south. Undamaged fragments of the wall on the eastern part are folded from the mud brick (40x18x10 cm) have a length 25 m, thickness of the wall up from 1.7–1.9 m, height 2.5 m. The defensive wall in certain places has rectangular thicknesses and archeologists consider that as a miradore.

The bond structure of the defensive wall is combined, includes flatwise bond and angled in general. That characteristic of the medieval city planning of the whole Otrar oasis. The bottom part of the defensive wall which belongs to the pre-mongolian era, saved fragments of plaster and strata with combined bond belong to the period of the ak-ordyn rule.

This cultural part has such an important find as the oldest ceramic house with six furnaces. Also, inside the ceramic house a technologically unique ceramic kiln with 8 chambers was found. Experts suggest that on Kultobe was a developed ceramic production not only of household products like pitchers and other various household units, but ceramic veneers. These ceramic veneers are similar to the Khoja Akhmed Yasawi's mausoleum. This fact shows that the production houses of these veneers was particularly on Kultobe.

In the Early-Medieval period residential rooms had the floor clay centers - altars. They are rectangular in square plan on the floor in the center of the room with approximate size 1.2x1 m. Generally, at the altar are not high boards along the edges. In the center is a hall, diameter 10–12 cm with ash and coal where usually a small ceramic vessel is embedded. Experts have different views for altars functional purpose and decorative elements, but their sacral-cult significance is unambiguous.

Kultobe artifacts dating back to the medieval era are represented by various ceramic objects - home equipment and ceramic veneers.

The decorative terracotta slabs from the facade of the castle are shows particular interest. The unique kultobenian find dating from the X–XI centuries is the ceramic attribute of home floor altar.

The find is a ceramic hearth-rack that is made of tight clay mass. The attribute shape is a plate on the edge side and not matched in the circle of diameter. Along the edges and center three cuspidate brows-vertices. 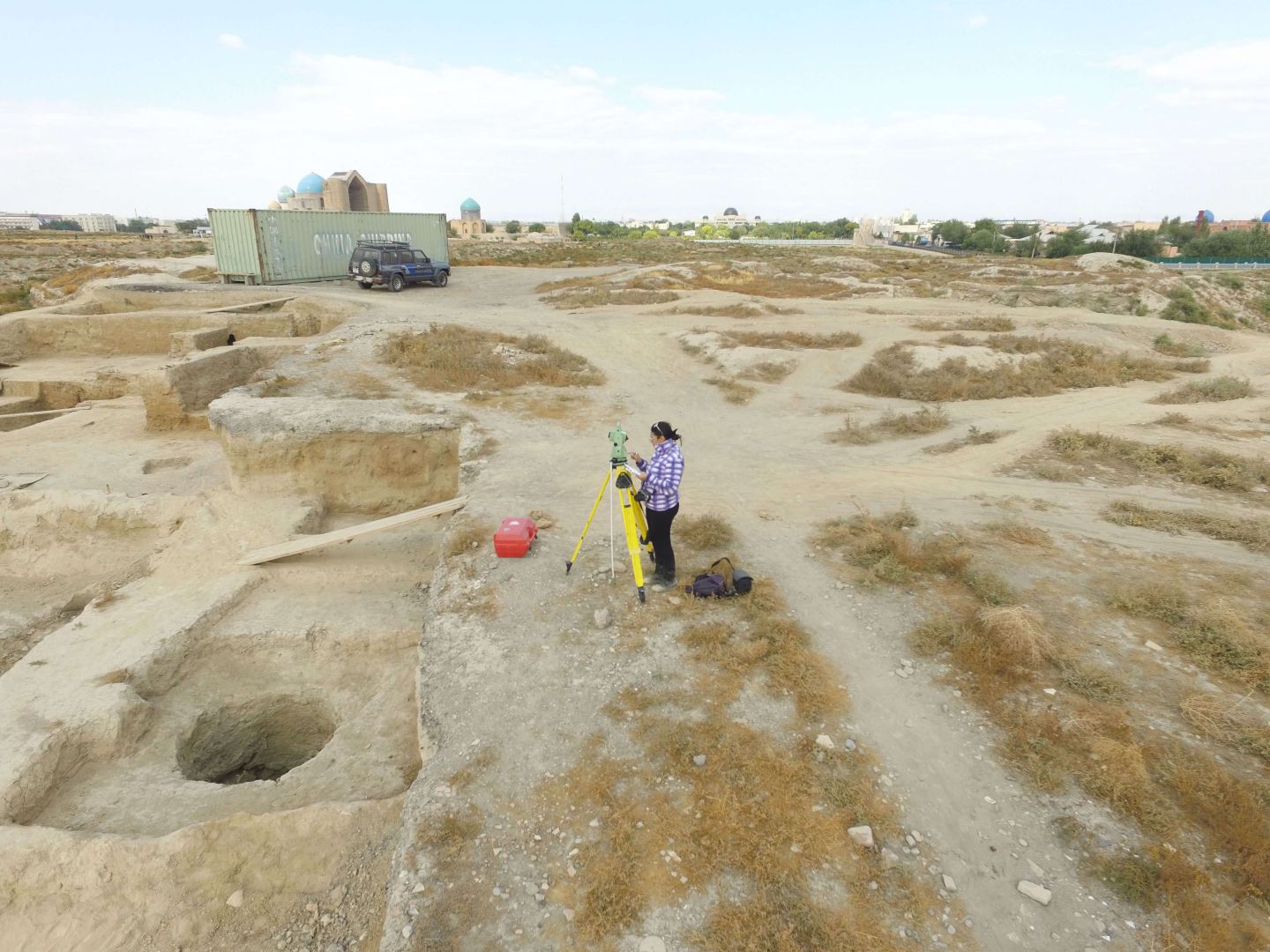