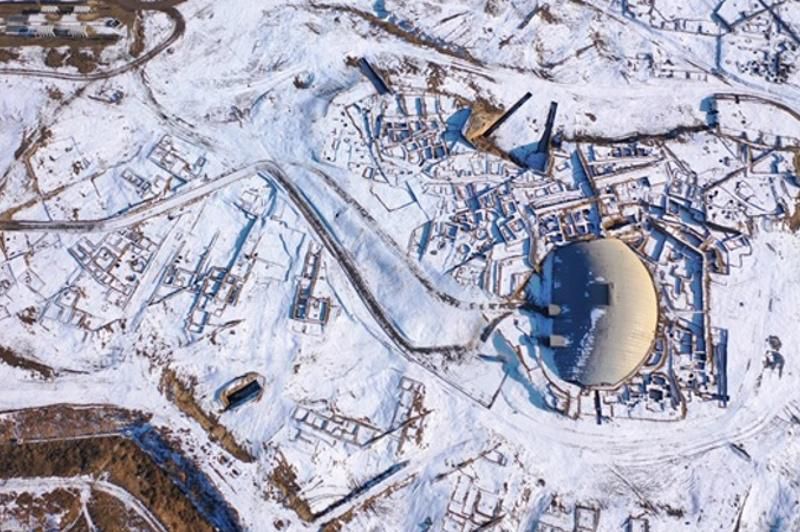 The international experts, researchers and representatives of various organizations discussed the key issues of preserving and presenting the monuments of history and culture located in buffer area of the Khawaja Ahmed Yasawi Mausoleum . Special attention is given to the study of Kultobe ancient settlement with the conservation and partial restoration of its separate sites, which are expected to become a core of the future archaeological park. The latter is called to visualize the history and culture of the region through the prism of the most important historical stages.

It should be reminded that the site is being studied by the Kazakh Scientific and Research Institute of Culture with the financial support of the Eurasian Resources Group under the project of creation of Kultobe Archaeological Open-Air Museum.

The roundtable meeting became the 4th one in implementation of the project. The preliminary results on the project were announced at the meetings of the World Heritage Committee in Baku, in the UNESCO Headquarters in Paris and in Turkestan. Andrey Khazbulatov announced the results of the first field researches and future plans on the project.

«I was impressed by the volume of project works carried out in a year. The discovered cultural layers enable us to estimate the scales and the importance of Kultobe. In my opinion, 3D visualization will help us further properly interpret the artifacts and the sites,» UNESCO expert Ona Vileikis says.

According to Director of the International Institute for Central Asian Studies Dmitry Voyakin, the mission of the international experts is to adequately evaluate the scale of the works conducted near the Khawaja Ahmed Yasawi Mausoleum. «I am amazed with the scale of the works carried out by the Kazakh Scientific and Research Institute of Culture, which lies both in creating a unique archaeological park that will arouse interest of tourists and in conducting a deep research into little-known, but very significant aspects of the national history of Kazakhstan,» Dmitry Voyakin noted.

As part of the roundtable meeting, the international experts discussed the working projects of reconstruction of archaeological sites of Kultobe, which were recommended by Vladimir Artemyev, member of the research group, renowned architect, historian and research fellow of the Research and Design Institute of Restoration (Uzbekistan)

In his opinion, Kultobe settlement is of great importance not only for Kazakhstan. One can easily trace the historical and cultural continuity spanning for almost two millennia.

«Being a historian of architecture, I view this site as one of the most interesting monuments which I have ever met in my more than 40 years of professional activity,» Vladimir Artemyev says.

Kultobe ancient settlement is a part of Yassy ancient town. The experts of the UNESCO gave special attention to the discussion of the presentation of the sites which will undergo conservation and partial restoration. Among them are the sketches of several sites belonging to different times – houses of craftsmen, land owners, ancient commercial towns, workshops, yards and fragments of the walls of the XII-XIX centuries.

«The materials on the reconstruction of the sites contain detailed and scientifically substantiated information. It is a wonderful theoretical basis for building virtual tours across the future archaeological park,» Pablo Longoria from Spain says.

In general, the results of research works and future plans of archaeological excavations at Kultobe were positively assessed by international experts. They pointed out high quality of the researches and their potential.

The results of this discussion will be included into the expert report on assessment of the impact on the UNESCO World Heritage monument.