Walls of the fortified temple I century BC – II century AD

The building is a christcross in construction and attached to a two-tower castle. The defensive wall fragment was found by archaeologists in 2019 and defined as part of the foundation and basement of the construction.

According to the size of the clay-brick 42x20x8 cm the main construction was contemporaneous, but then the walls of the construction significantly and several times were rebuilt. They were added with cases from the outside and reinforced with rammed clay blocks from the inside. One of the towers has saved the lower parts of the loopholes that made it possible to completely reconstruct the original plan of the ancient Kultobe citadel.

The defensive wall that builds up the citadel was constructed later than the main christcross building. The walls of the fortified temple and the citadel are the oldest part of the architectural complex of the Kultobe settlement and one of the oldest city buildings discovered in Kazakhstan. 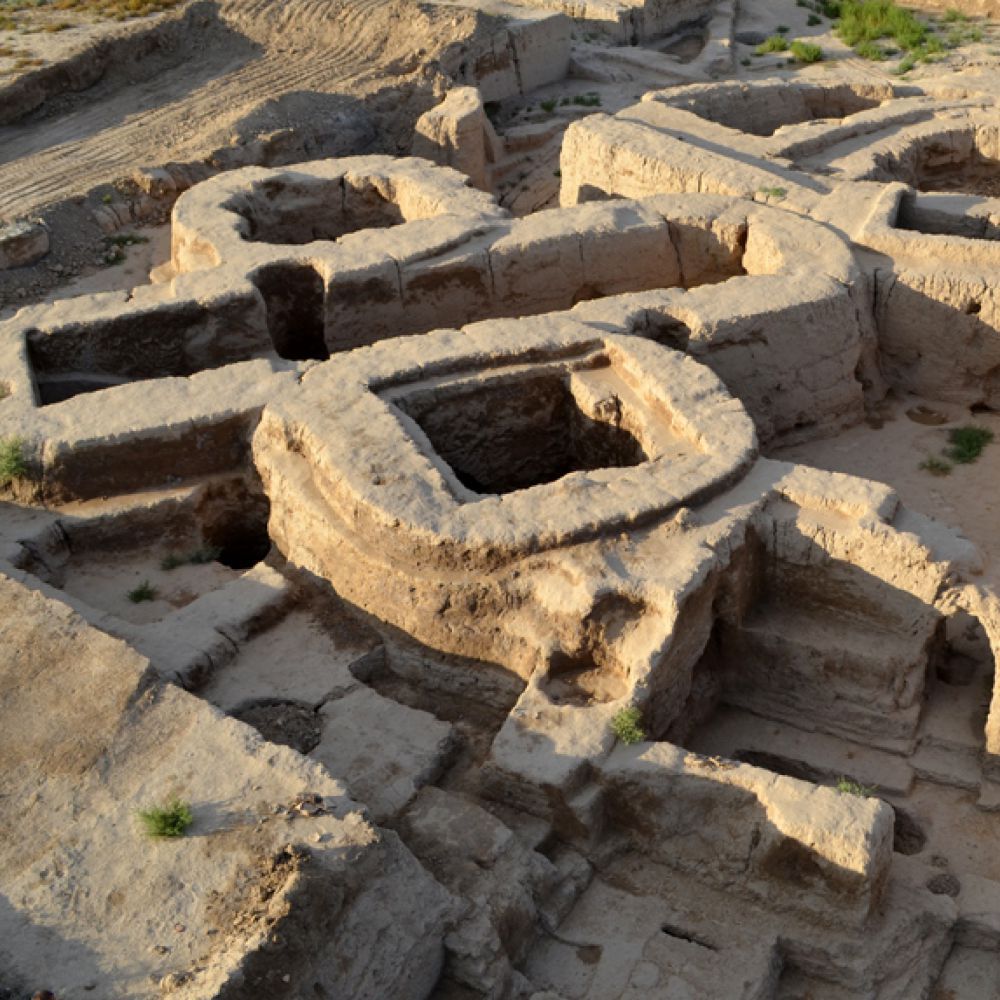 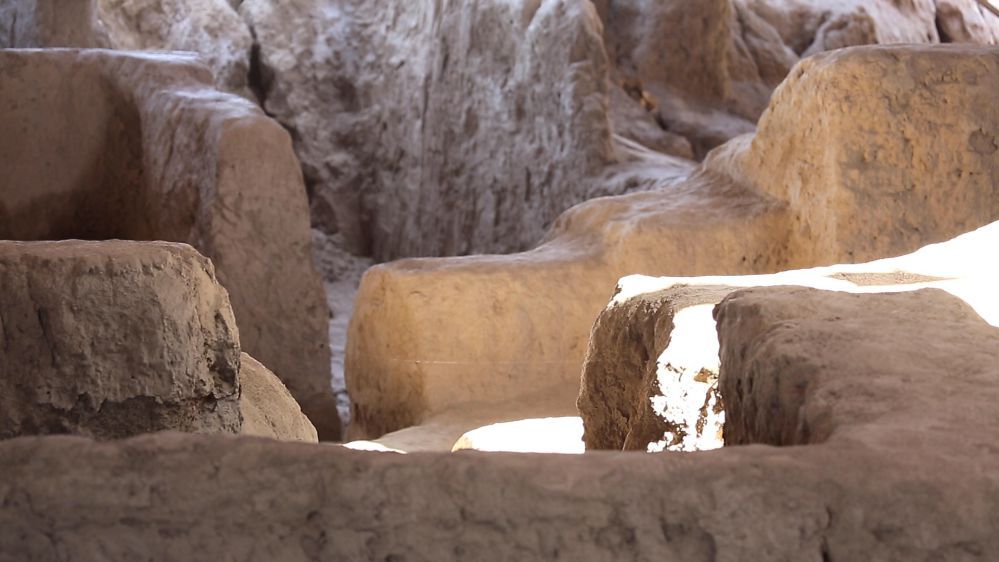 Walls of the fortified temple I century BC - II century AD 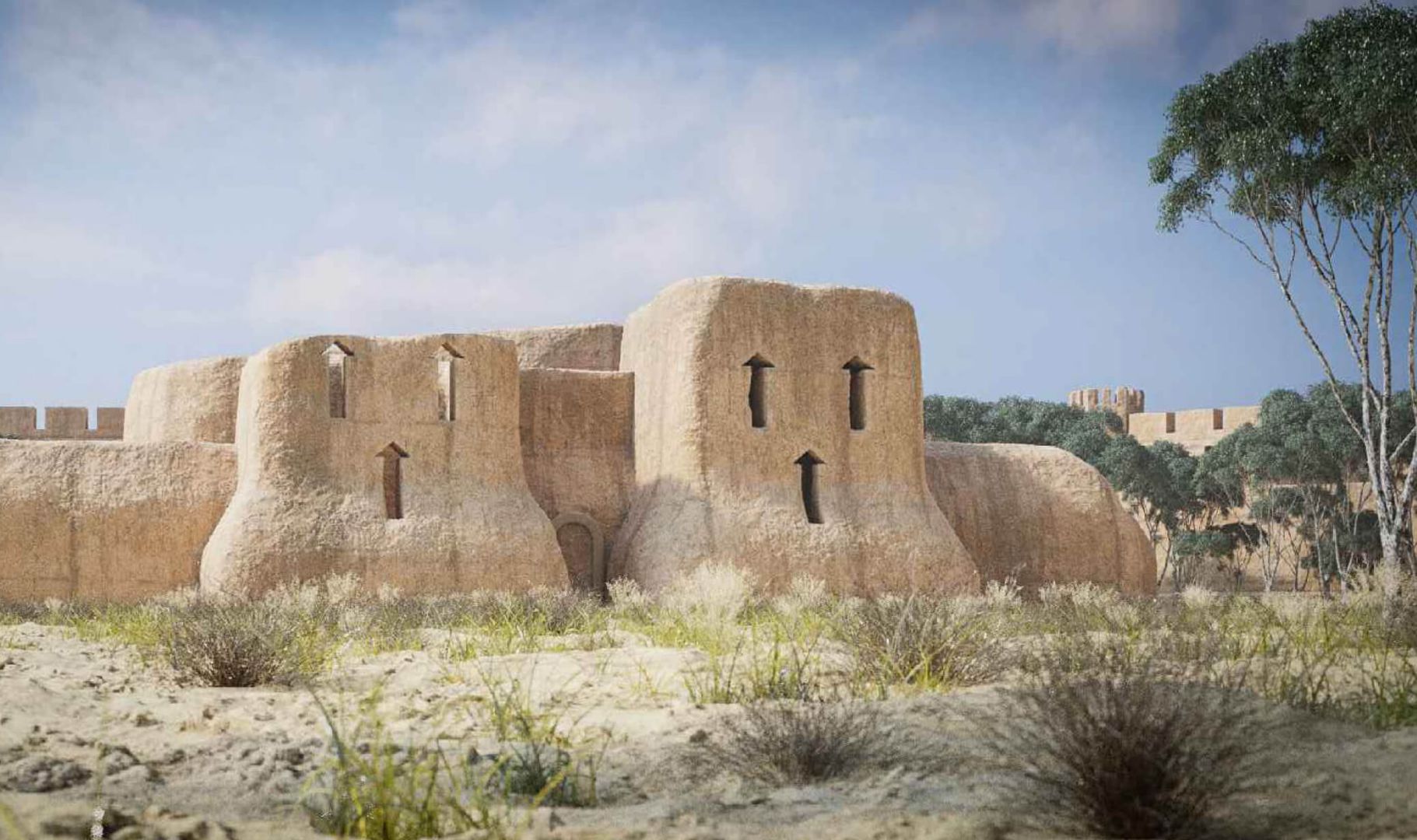 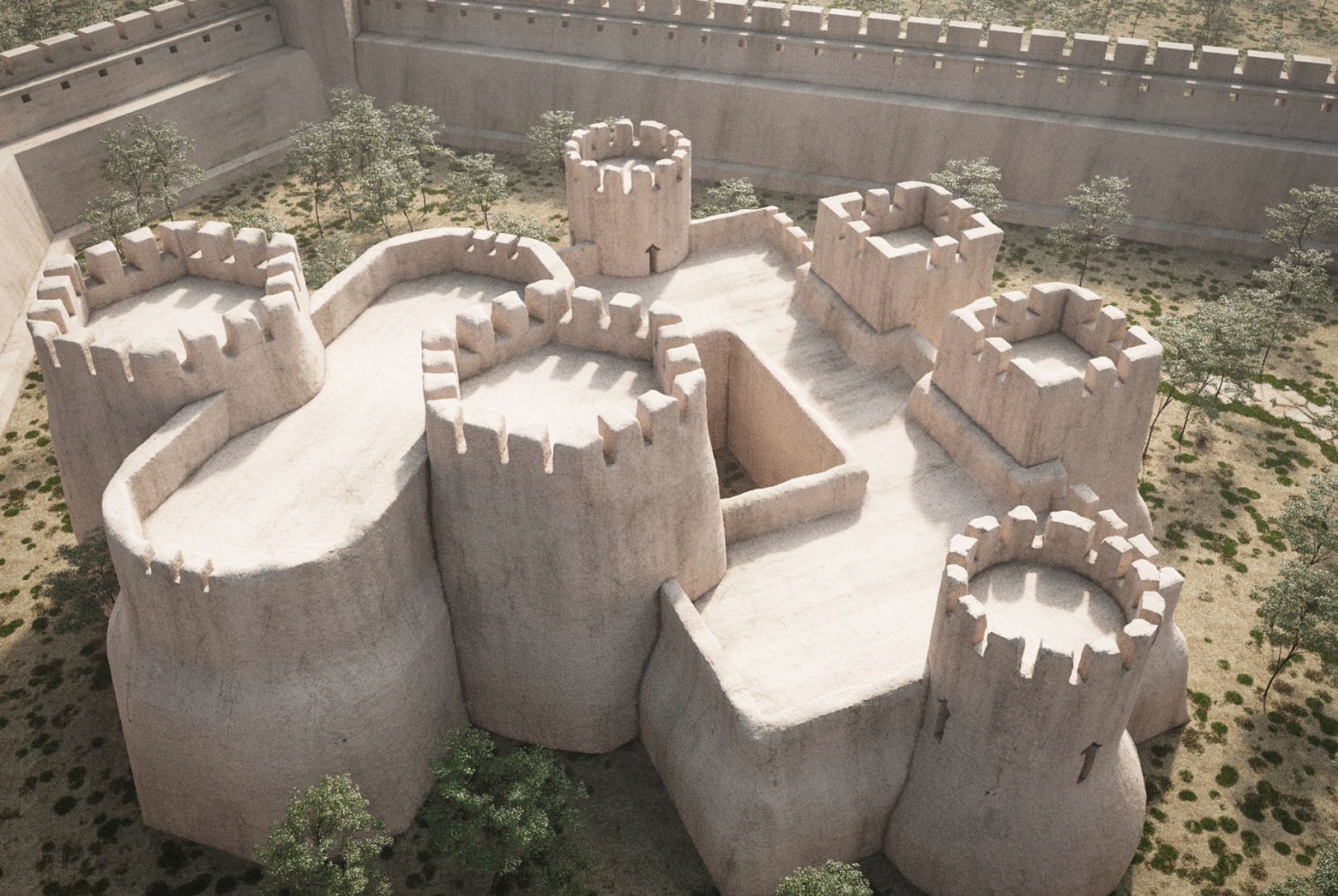