The most ancient cultural layer of the Kultobe settlement is a single harmonious complex of archaeological sites: the citadel, its fortress wall and the cross-shaped temple dating from the Kangyu era.

All dating of objects and artifacts is hypothetical and requires further clarification.

At the moment, this complex is the oldest of the known architectural-fortification monuments of Kazakhstan, which, despite the thickness of the century, has been preserved in its original form.

Materials of the settlement deepen and expand new facets of understanding the historical and cultural processes that took place in that remote era, as well as many little-studied aspects of the spiritual and material culture of the ancient inhabitants of the settlement.

The Kultobe-Yasy citadel is a complex of defensive, residential, and religious buildings, presumably dating from the I–V centuries (Sarmat-Kangyu era).

During this period, individual rooms of the complex were rebuilt several times. The citadel was built of rammed clay and mudbrick.

According to its architectural style, the Kultobe-Yasy citadel has several analogs in the south of Kazakhstan and partly in Central Asia, but at the moment it is the only surviving whole complex, rather than disparate multi-time buildings.

The fortress wall of the citadel

The Kultobe-Yasy Citadel was surrounded by a powerful rampart. The most archaic fragments of this wall are now known as the “eastern wall”. Experts believe that, most likely, this is the oldest part of the entire complex, erected no later than the I–II century. BC. Even then, the Kultobe ancient settlement was one of the important fortification posts on one of the busiest branches of the Great Silk Road in this region.

It was established that the ancient fortress wall of the citadel has a thickness of up to 3.2–3.8 m and several repair stocks. The wall was built of rammed clay and mudbrick. It is known that in the IX–X centuries, all the fortress walls of the citadel were almost completely rebuilt and fortified, the surviving fragments of the old walls were blocked by new ones.

The cross-shaped construction is located in the southern part of the Kultobe-Yasy citadel. This is a massive cross-shaped structure (equilateral cross). The dimensions of the cross are 18x18 m, the width of the “rays” is 7 m. The “Cross” is almost exactly oriented in the direction of the cardinal points with a shift of no more than 8 ° clockwise. The ends of the cross are rounded. The walls have a height of up to three meters and are built of rammed clay and mudbrick.

The construction has three rooms: a central long building (13.7x2.9 m) and one building each, communicating with arched passages and located on both sides of the central (2.35x2.9 m). Experts says that the building has purely religious goals and is an ancient sanctuary of the I–II centuries.

Cultural artifacts related to the sarmat-kanguy era are an integral part of the Kazakhstan and world cultural heritage, allowing to fully comprehend the complex system of sacred images, symbols and signs of the ancient era. The collection consists of jewelry made of gold and semiprecious stones, old coin, anthropomorphic figurines and other objects that are ritual attributes. The words “unique” and “earliest” are applicable to many Kultobe collections, but also this refers primarily to the materials of the sarmat-kanguy era.

Among the finds there are also stone products in the form of thin square tiles with neat round holes in the center. Their surfaces are well polished. The material of one of them is a fine-grained rock of a red-brown hue, and the other is probably made of "dead" amber. 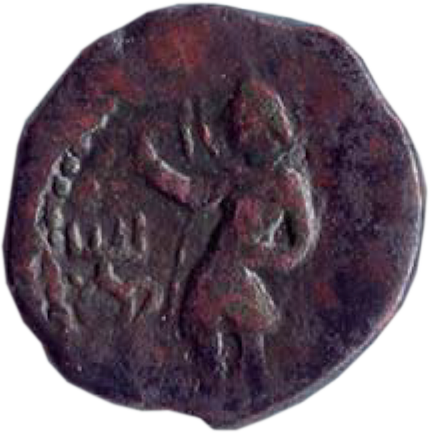 Of great interest is the unique coin of the Kushan king Huvishki, discovered on Kultobe and dating to the middle of the II century. The coin is of the type “with a ruler sitting cross-legged, with his left hand raised on the obverse. On the reverse there is an image in a round rim of pearls of a standing deity who has stretched out his right hand over the "four-toothed" tamga.

Among the unique Kultobe finds, tamga-shaped signs, emblems, attract attention to clearly drawn on raw clay. The most interesting of them is the sign in the form of a square with circles in the corners. Along with the sign in the form of a simple cross or swastika - this is the most common sign of the Kultobe collection. Their detailed study and search for analogies seems to be a matter of the future. 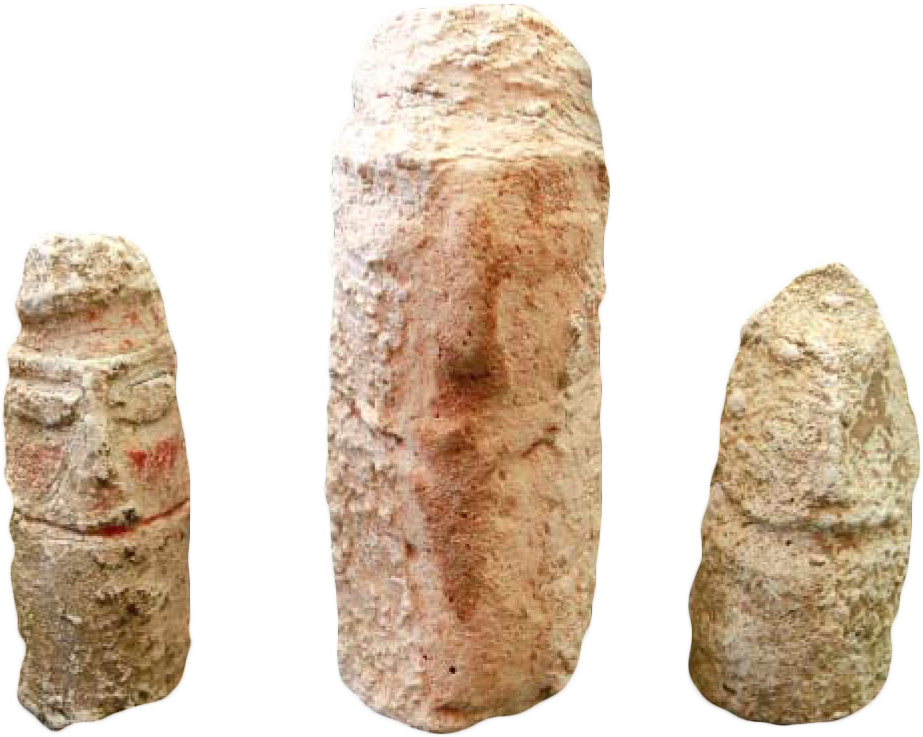 Along with jewelry in the early Kultobe cultural layers, archaeologists discovered alabaster idols of an anthropomorphic form.

These are small figures in the amount of 3 exemplars, made in an extremely simplified form. Perfectly preserved, but initially visually painted, as traces of paint are traced. These idols have well-modeled eyes, nose and mouth, and hairstyles stand out. Their height is about 9 cm. These idols are interpreted as a manifestation of the cult of the ancestors and are found on the early monuments of the Syr Darya region. 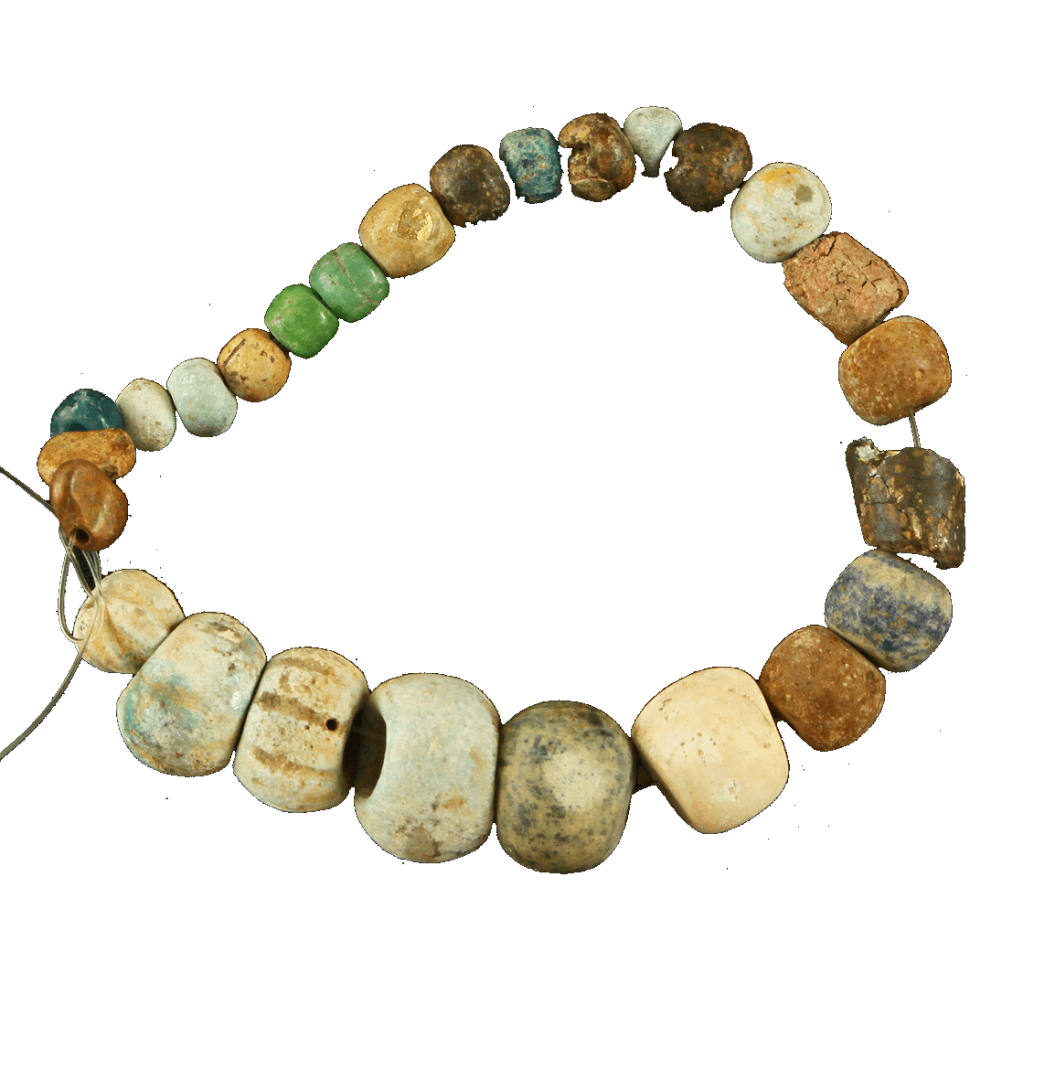 The Kultobe necklace is also attractive from a variety of material beads, where Egyptian faience, pasta, coral and other stones are combined. The necklace consists of more than 20 stones of different diameters. 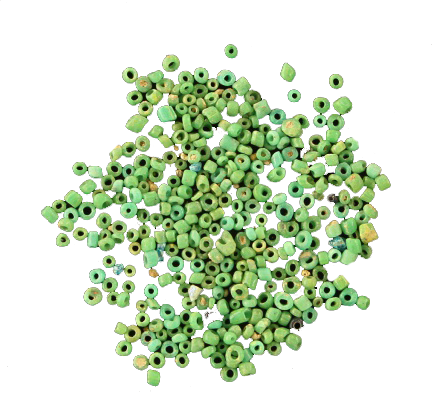 Among the discovered jewelry on Kultobe are glass beads of turquoise color of rounded shapes, with through holes in the center. 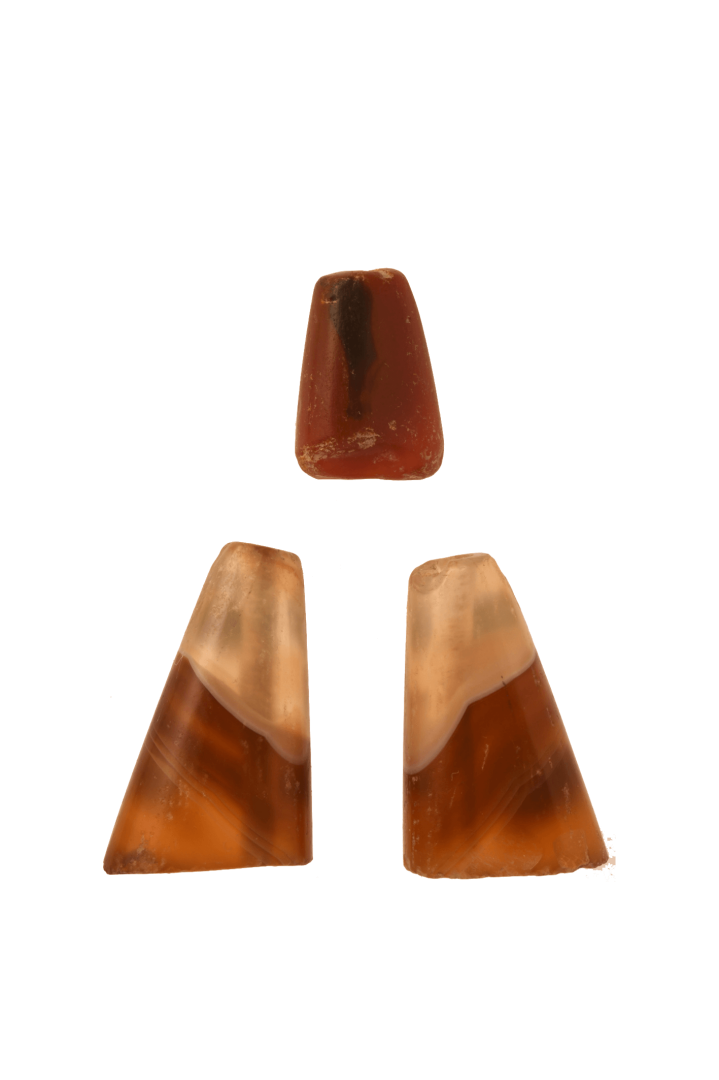 Carnelian beadings found in the ancient cultural layers of Kultobe have a trapezoidal shape with channels in the center along the length. 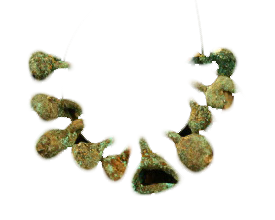 Interesting and 10 miniature bronze pendants made in the form of seeds or fruits of plants. They have a convex triangular shape. The presence of miniature rings suggests that included a set of necklaces.

The Kultobe products of bronze in the form of a small bell with an iron tongue is also unique. On it lines on a circle are looked through. Bronze bells are a common part of amulet sets consisting of various large beads, stones and other means, so effective items designed to lap out all kinds of troubles and misfortunes. 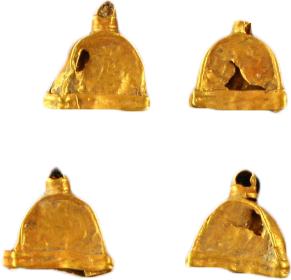 Of particular interest among the Kultobe gold jewelry are items in the form of "flattened bells" with a total of 7 exemplars. It is based on a narrow strip bent by an arc 18–19 mm long. The ends are covered by an even narrower profiled strip, and on the top, the same strip is made a ring for hanging. Both sides are covered with thin foil forming a narrow vaulted box. Most likely, they made as stripes on clothes. 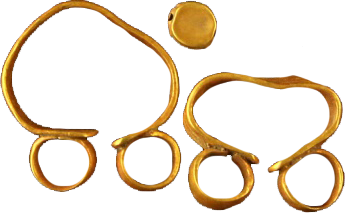 Among the gold jewelry of Kultobe, details of gold jewelry are found. They are products from narrow thin plates bent into a ring. At the tips of large rings, two separate rings are also soldered, also bent from a smooth gold ribbon. The main diameter of the products is 14–15 mm.

The gold earrings found on Kultobe have a fist-shaped and are made by wrapping the prepared form from black mastic with thin gold foil.

The fastening points of the bronze earrings are covered by a narrow profiled strip, and oval-shaped multi-colored paste inserts are fixed in nests from narrow smooth strips soldered onto the rib.

The origin of such jewelry is associated with jewelry centers in Central Asia, refers to polychrome style samples.

Kultobe earrings in the amount of 5 exemplars in average sizes vary from 15x8 mm. 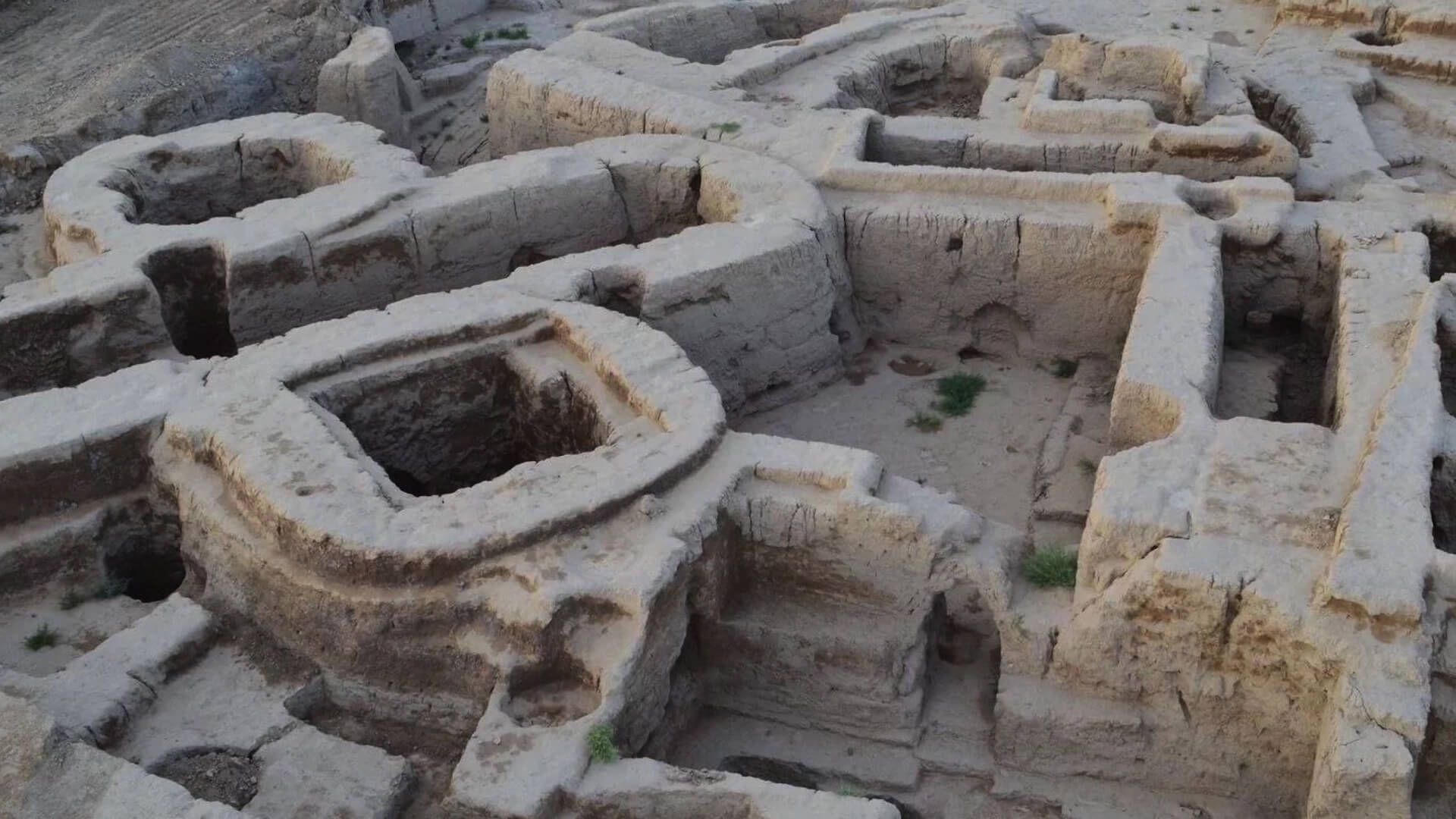 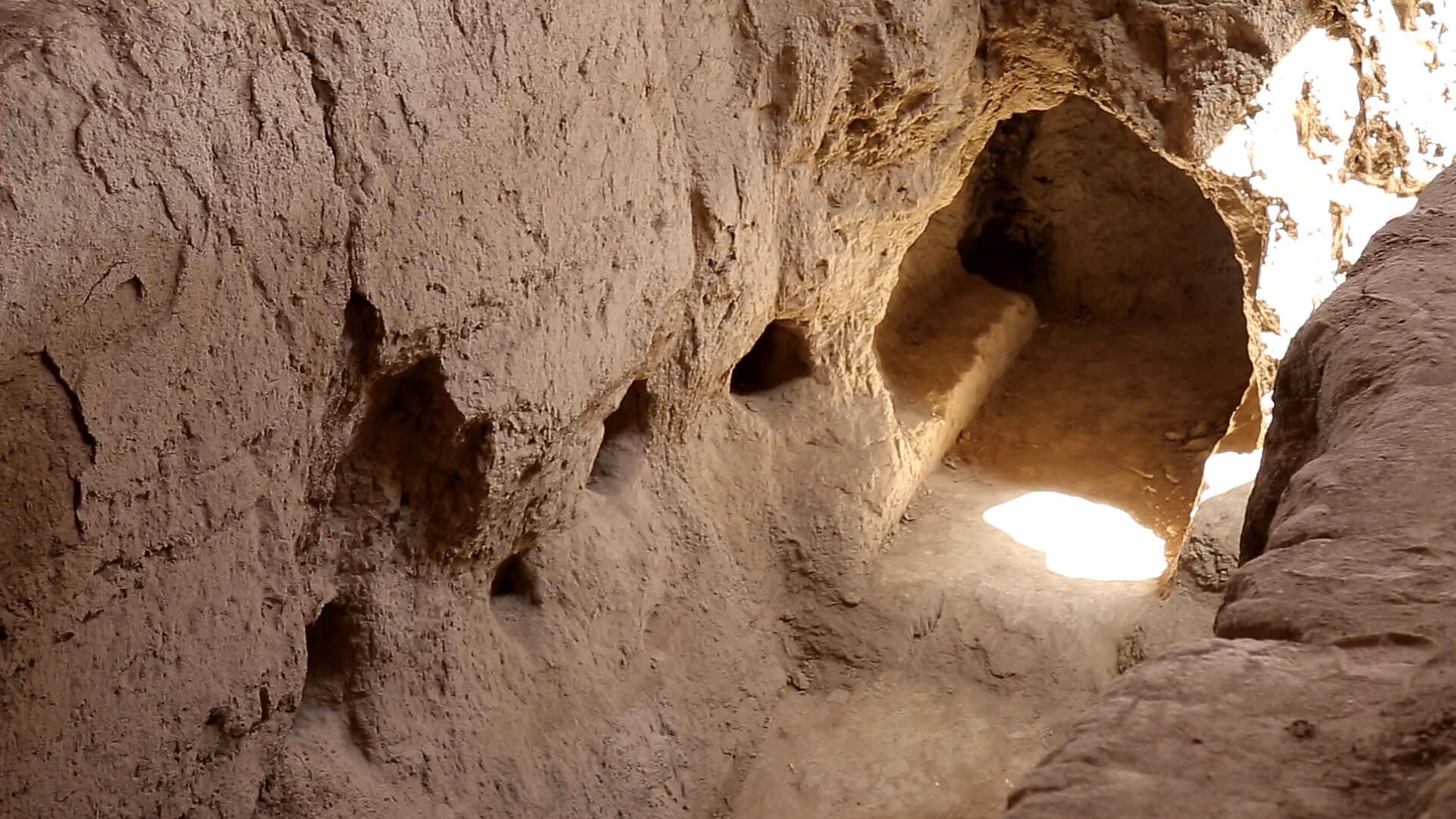 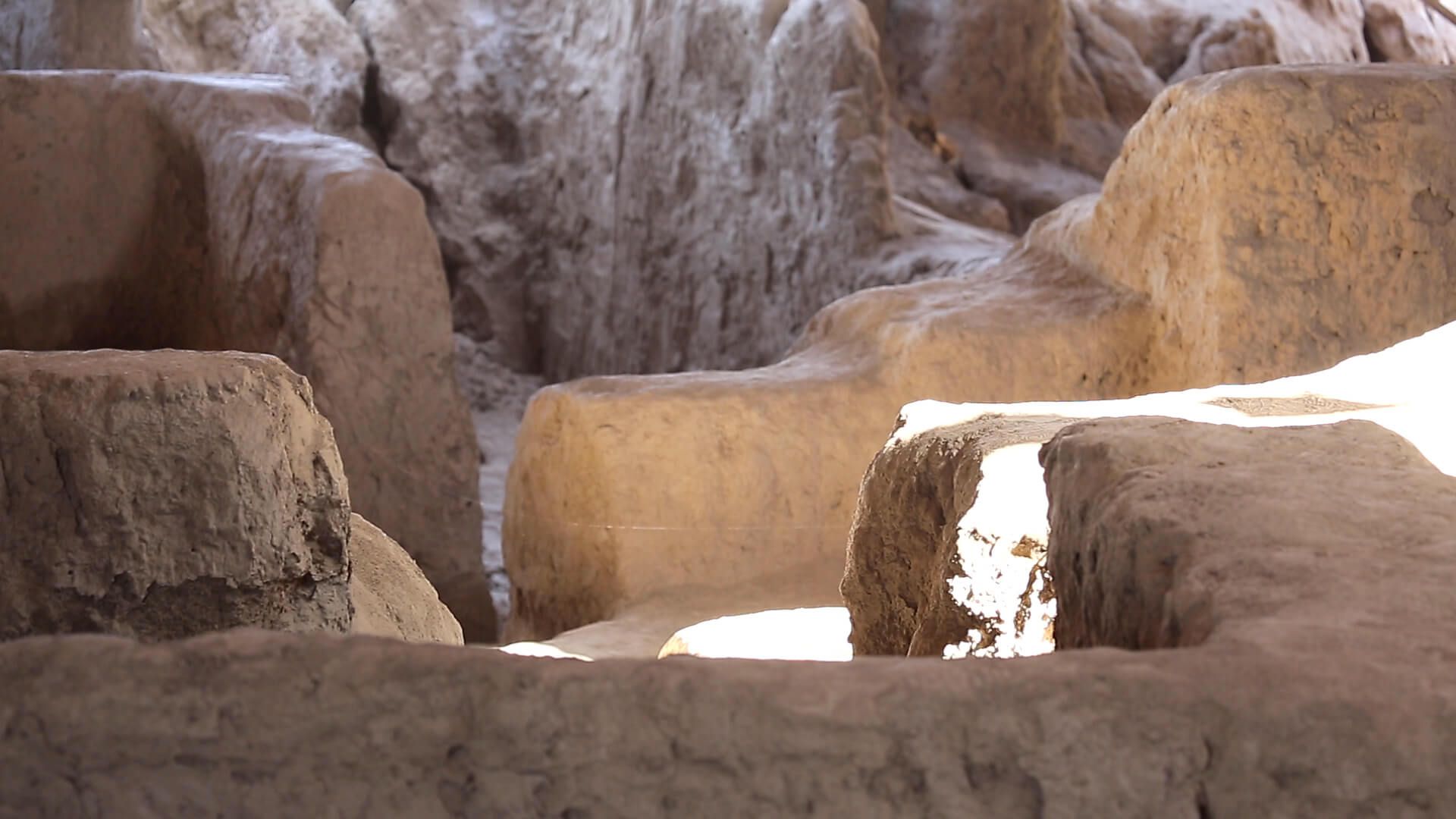 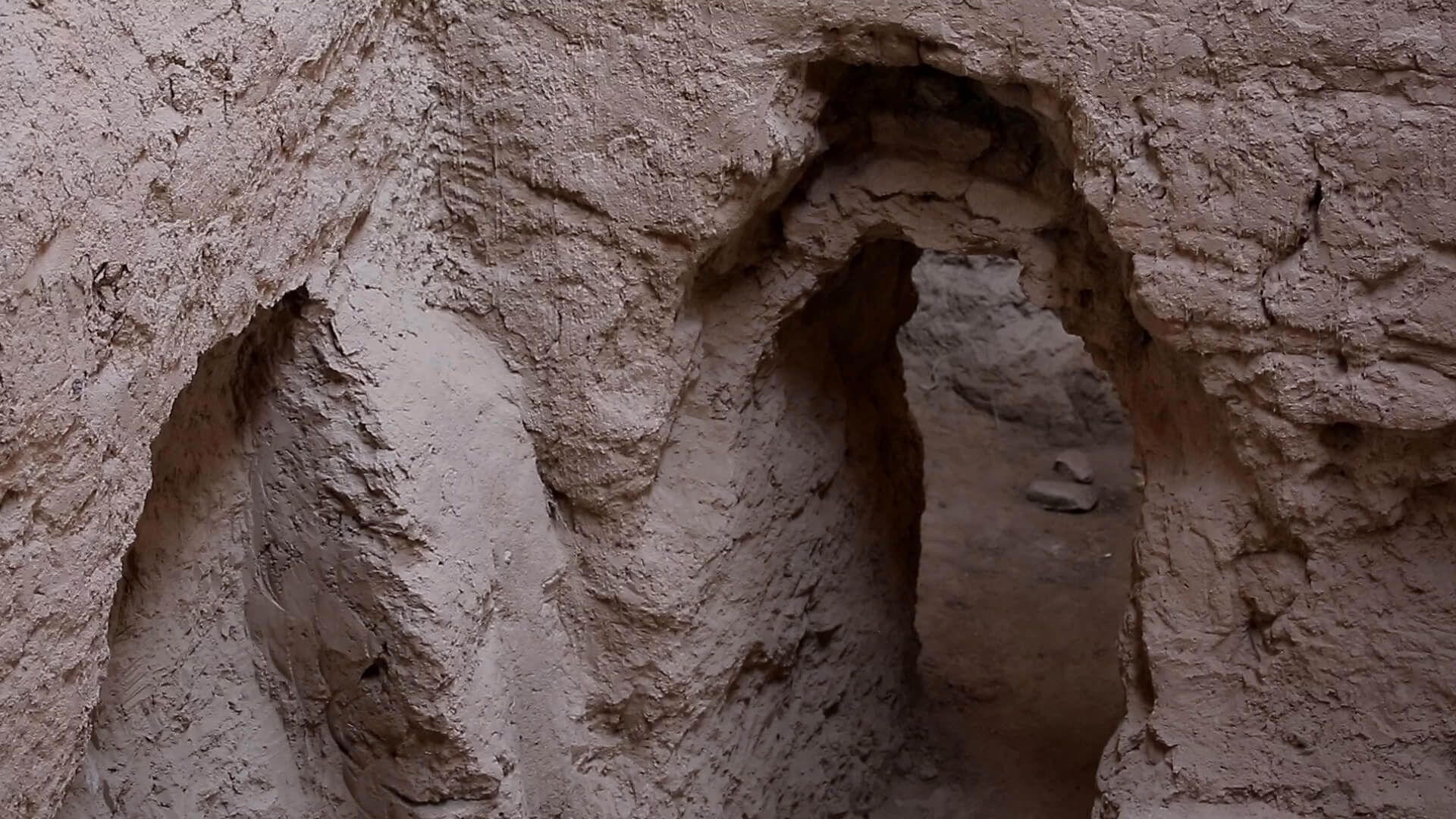 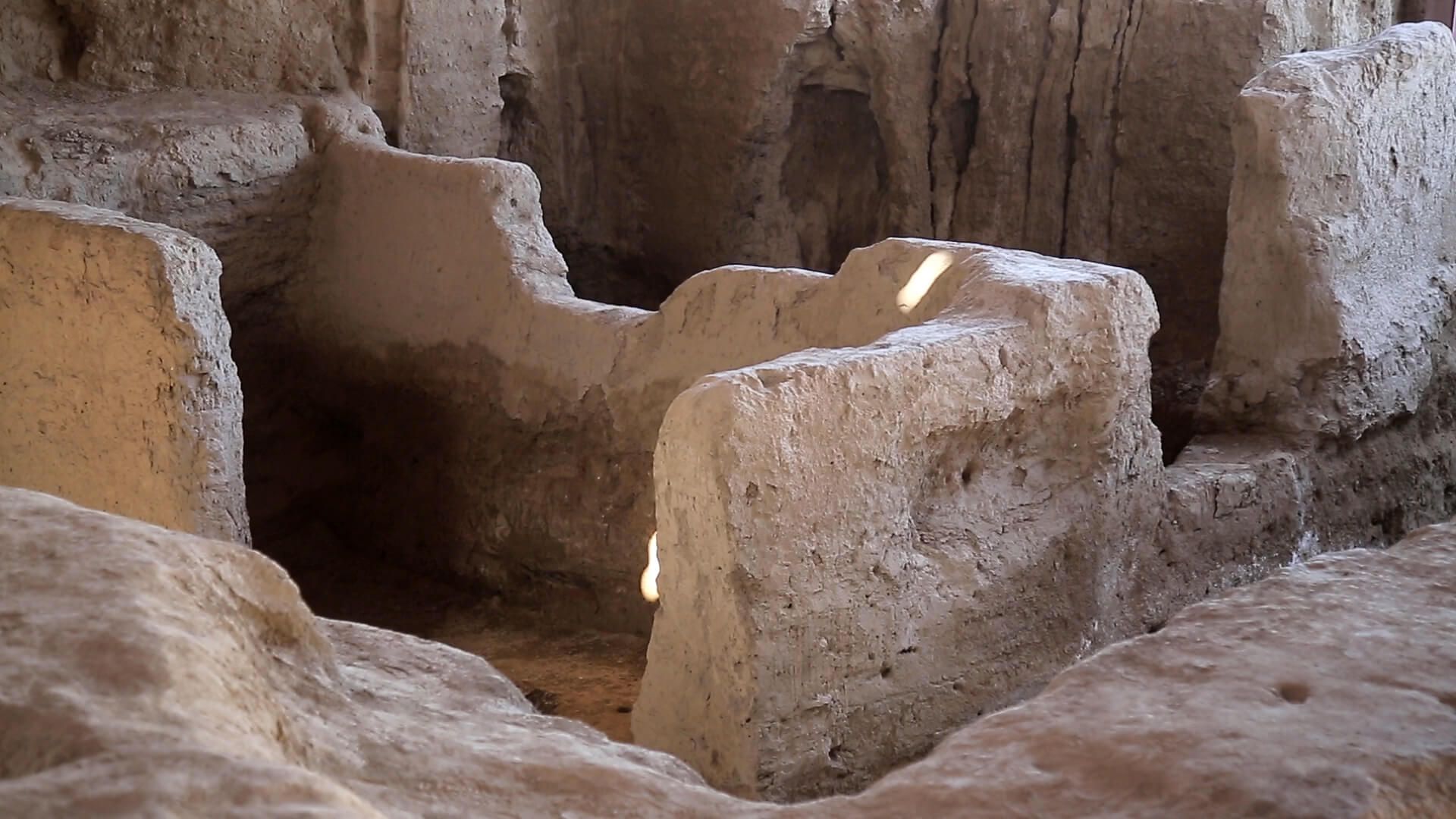 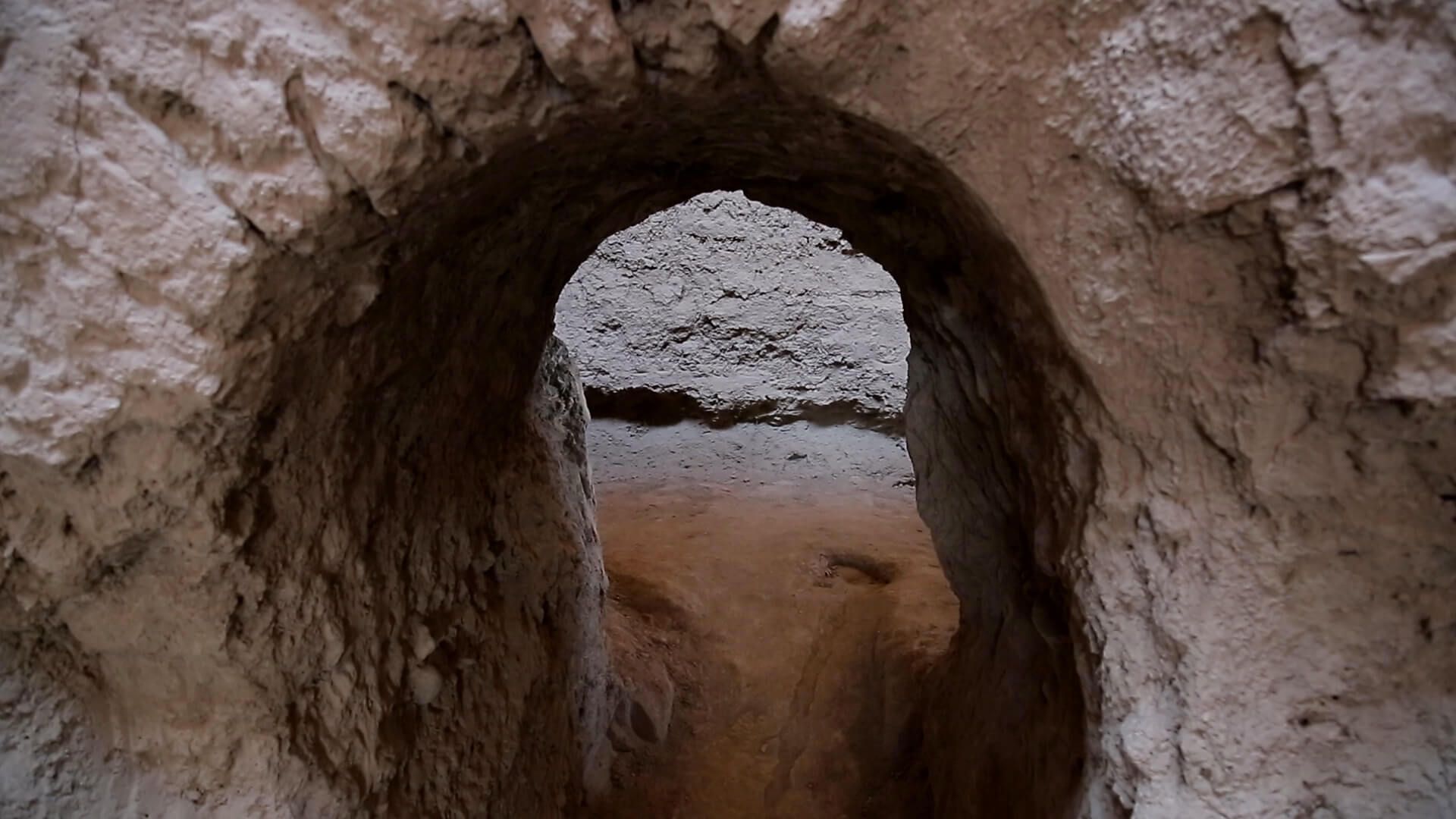 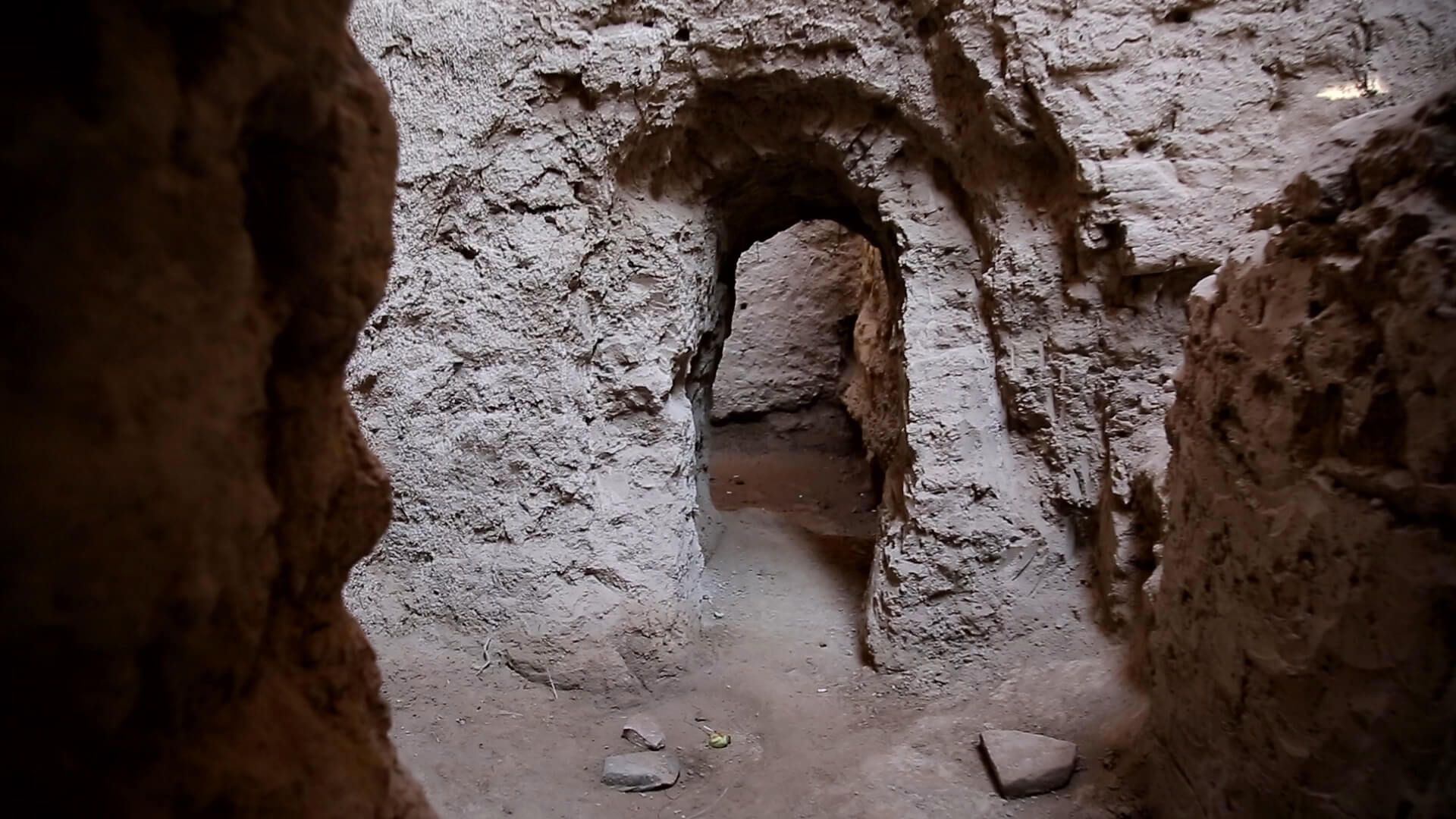 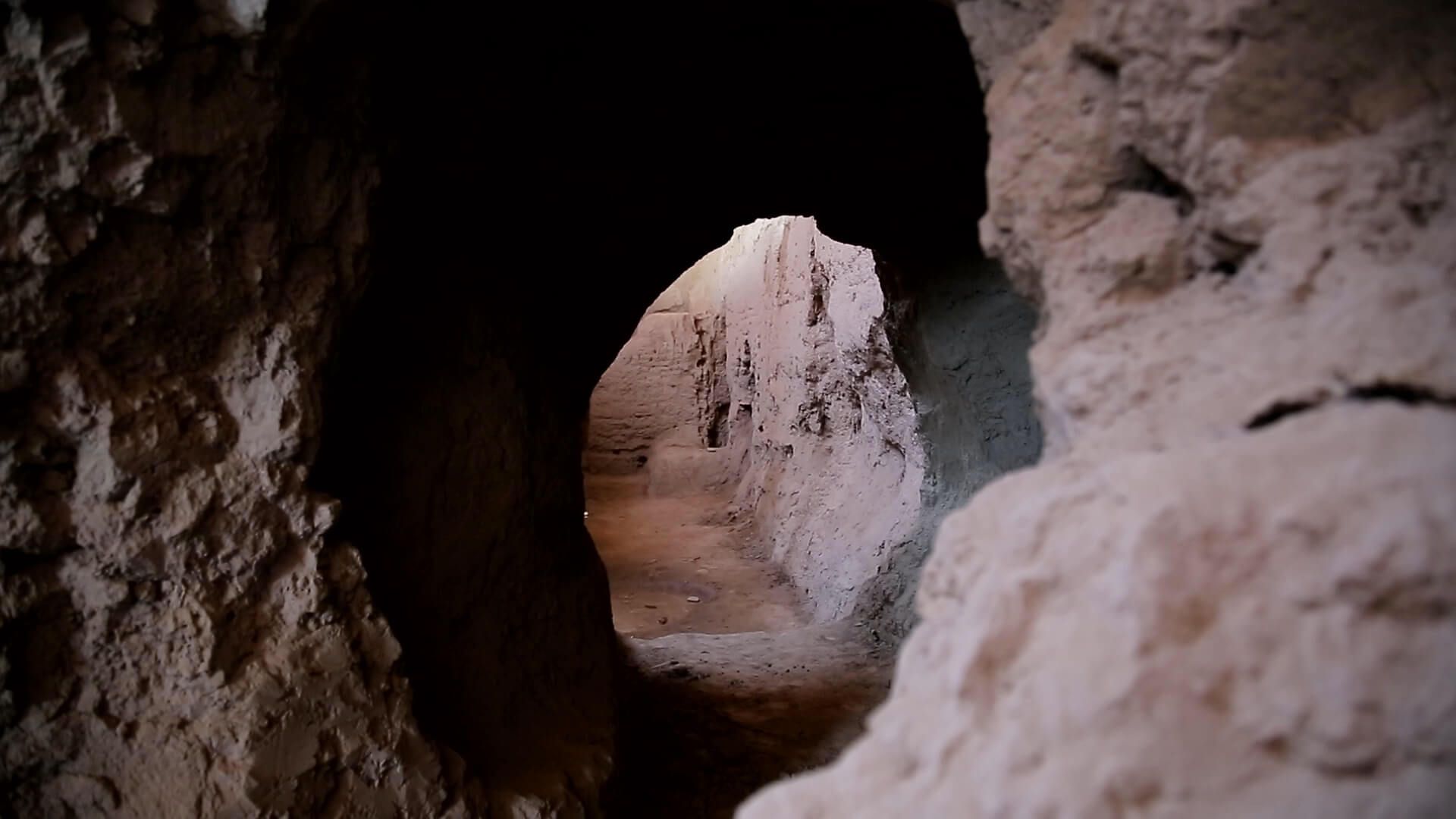 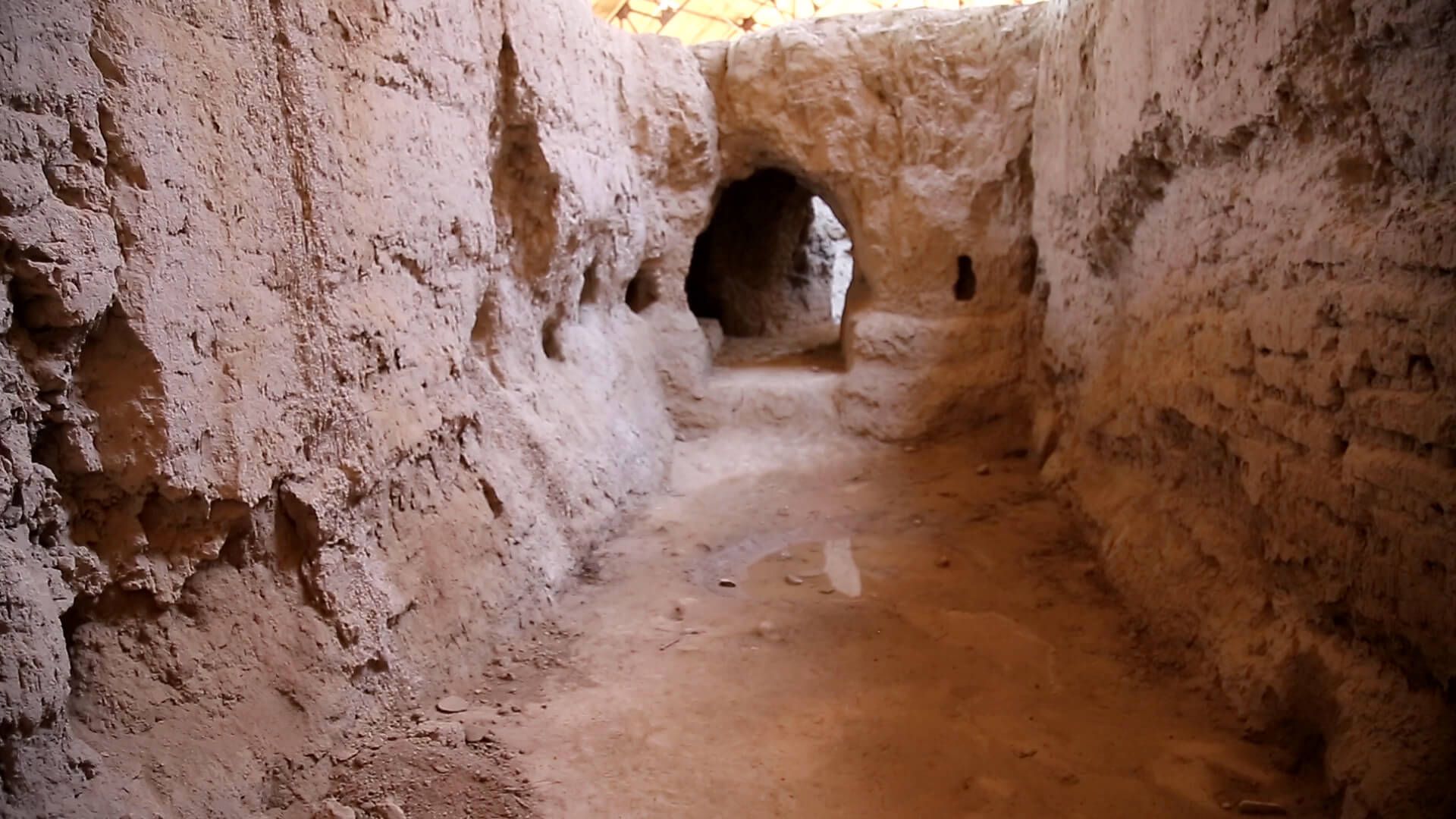 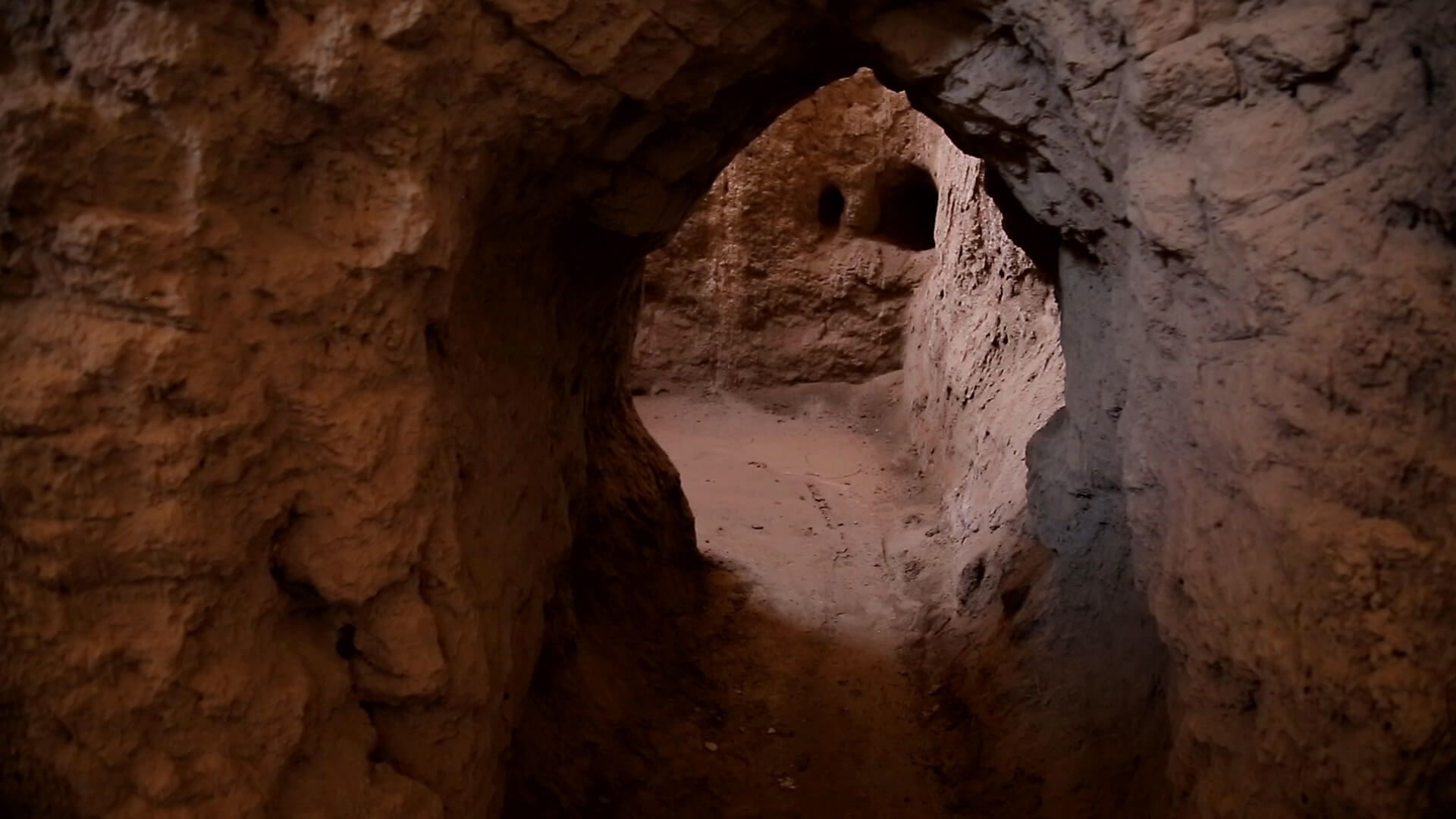