Underexplored historical and cultural sites are under research in Turkistan region 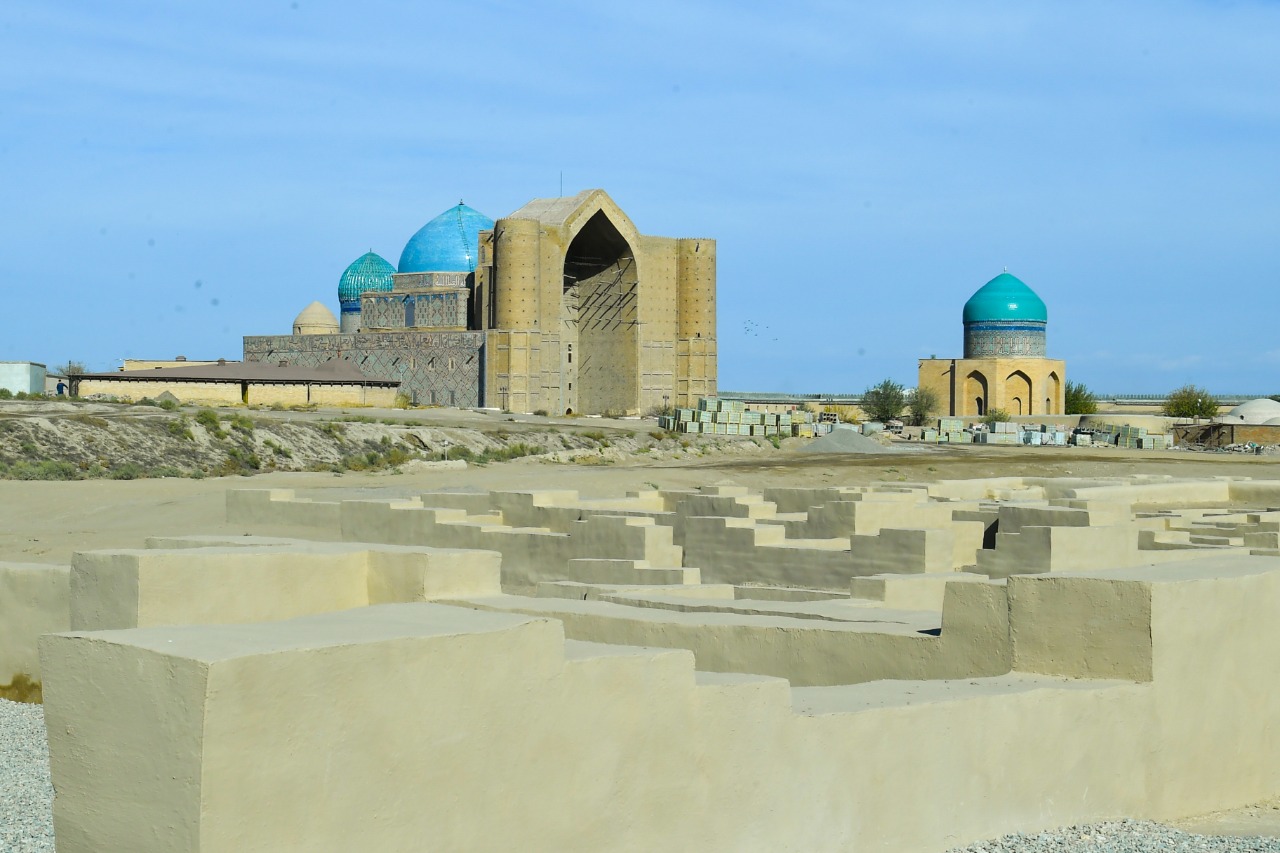 The event was organized by the Republican public association "QazaqGeography".

To date, 1,663 archaeological and architectural monuments in the region are of particular importance for history and culture. . Among them, there is one monument of international significance (the mausoleum of Khoja Ahmed Yassawi), 31 - national interest, 421 - local interest.  The list of provisional entries includes 1,210 objects of historical and cultural heritage.

According to the deputy akim of the region, Meirzhan MYRZALIYEV, the development of the city of Turkestan as the centre of the cultural and spiritual capital of the Turkic world, international tourism and pilgrimage in Central Asia, is one of the strategic priorities of the state policy in the field of tourism.

«The Turkestan region has unique architectural, historical and archaeological monuments, wonderful nature and preserved original culture. The region has enormous potential for tourism development both at the national and international level», - M. Myrzaliev noted.

Among the archaeological sites, it is possible to designate the settlement of Kultobe, where conservation and restoration work is being carried out on a total area of 27 hectares. Its entire area divided into 3 plots of 9 hectares each.  Work has already has carried out on 18 hectares. A well-maintained archaeological park with pedestrian streets and a covered dome will create here in the future.

Recall that during the visit to the city of Turkestan on September 28, 2020, the First President — Elbasy Nursultan Nazarbayev, was presented with a project to create an archaeological park - "The Settlement of Kultobe". This project is implemented based on a Memorandum of Mutual Cooperation between the Ministry of Culture and Sports of the Republic of Kazakhstan, the corporate fund Eurasian Resources Group (ERG), which acts as the main sponsor of the project, and the Kazakh Research Institute of Culture (KRIC).

Experts note that the finds made on the territory of the settlement of Kultobe have historical and cultural significance. These artefacts are evidence of the material and economic life inhabitants of the city in different historical periods.  They date back from the first centuries to the XIX century. Moreover, all the unique monuments presented in Kultobe demonstrate its continuous history, starting from the Kangyu era and up to the beginning of the XX century. At present, it is probably the only well – preserved monument in Kazakhstan - a witness to the ancient urban culture.

The participants of the press tour also visited the ancient settlement of Karnak.  It located on the western outskirts of the village of Karnak. The settlement dates back to the VII-VIII – XIV centuries. Media representatives visited the site of an old Mazar examined the millennial mulberry tree Maracot. At the same time, the journalists visited the museum "Shammat-Ishan Mosque-Madrasah" in the Karnak village. Also, they acquainted with the planned archaeological works.