The most ancient site at the Kultobe settlement is a sanctuary of the I century BC, tells the scientist 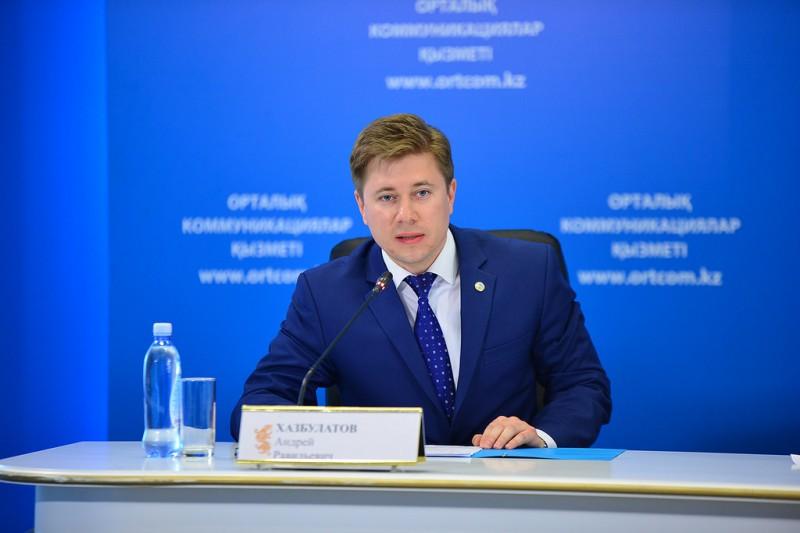 NUR-SULTAN. KAZINFORM - The oldest object of the Kultobe settlement is a sanctuary of the I century BC. It was announced at a press conference of the Central Communications Service by the scientific director of the project «Restoration of historical objects of the Kultobe settlement» by the General Director of the Kazakh Research Institute of Culture Andrey Khazbulatov.

«In 2019 a Memorandum of cooperation was signed between the Ministry of Culture and Sports, the Erg Komek Corporate Foundation and the Kazakh Research Institute of Culture. The Memorandum was about the execution of penal sanctions the project «Restoration of historical objects of the Kultobe settlement». The project implementation period is from 2019 to 2021. Today we would like to share the work`s results carrying out on the unique monument-the settlement of Kultobe. Ancient Turkestan has always attracted the attention of scientists. Mikhail E. Masson - the master of archaeology, the famous historian, orientalist, was interested in Turkestan. Domestic scientists, orientalists, on the basis of large-scale research works and artefacts found at the Kultobe settlement, speak with confidence not only about the age of Turkestan, which is 2 thousand years old but also has material evidence of its continuous history», - A. Khazbulatov said.

According to him, the history of Turkestan begins with the oldest evidence of urban culture in Kazakhstan, namely the settlement of Kultobe. And the oldest layer of the settlement is the sanctuary of the I century BC, the discovered by the famous Kazakh scientist Yerbolat Smagulov.

According to A. Khazbulatov, historians put forward several hypotheses about the sanctuary. The first hypothesis - it is the sanctuary of the Zoroastrians. The second hypothesis -  that this structure is the forerunner of the Tengrian temples. After all, the Kangyuis were the first Turkic-speaking communities that worshipped the Sun, Moon, and Sky. Over time, a strong city grew around the sanctuary, the most significant point on the Great Silk Road, called Shavgar, then Yassy, and finally Turkestan.

«If you look at the studied objects and finds, you can distinguish four significant historical periods. There are the Kangyu period, the age of the Turkic Khaganate, the period of the dissemination and consolidation of Islam, and the Kazakh Khanate period. There lived and preached Sufi and poet Kozha Ahmet Yassawi, who is buried 300 meters from Kultobe. The mausoleum of Ahmet Yassawi, as you know, is included in the UNESCO World Heritage List. It is a masterpiece of human creative genius, which eventually grew into a cemetery of the glorious sons of the Kazakh people-khans, biys and famous statesmen», - the scientist noted.

According to A. Khasbulatov, the fact that the city was the abode of Sufi preachers confirmed by the found cult ritual structure of representatives of the Yasawi`s Order of the XV-XVI centuries. Evidence has also found that the bricks and facing material of the mausoleum made by craftsmen which lived in this settlement. Also in Kultobe, the quarters of pottery workshops have been excavated and studied. Now large-scale archaeological research is being conducted using modern technologies.  These technologies include GPR scanning, photogrammetry.  Drone surveys help to identify the most historically valuable objects of cultural heritage. The buildings of different eras have already studied and restored - ancient places of worship with altars, medieval baths, mosques and other architectural complexes, which will become the main points of the tourist route of the future archaeological park.

«At the same time, archaeologists have discovered rare, unique finds at the Kultobe settlement. These are gold jewellery of the Kangyu era, jewellery of later ages made of silver, bronze and other metals, ancient and medieval ceramics, an enormous fund of ancient coins. The most ancient of the coins relate to the Turgesh period. The coins of local production, minted in the Turkestan mint, dating from the XVI-XVII centuries, are also amazing. Samples of ceramic products of the authentic local style are also of interest. It is a regional offshoot of the famous Timurid style», - A. Khazbulatov reported.

In conclusion, the director of the Institute invited everyone interesting in ancient history to visit this unique object. To get acquainted with the finds you also can online on the official website of the Kultobe settlement www. kultobe.com and the pages of the KazRIC in social networks.