The Coins Will Tell... 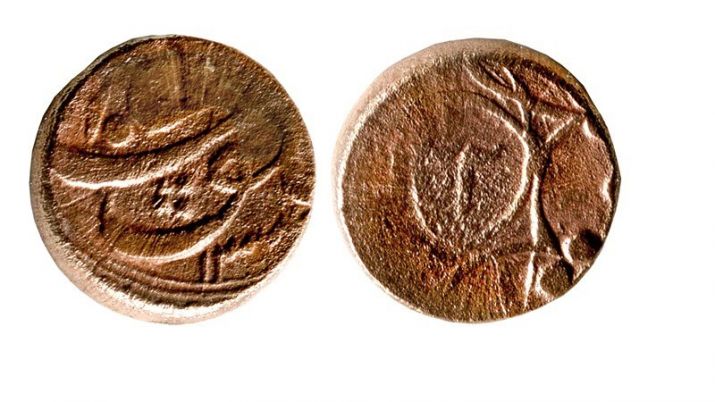 Ancient coins being one of the most valuable artifacts help scientists and historians to accurately determine the era they study, to understand how people lived many centuries ago, and, in particular, with which countries they were connected by trade and economic relations.

Archaeologists consider it lucky if even one or two coins come across during their excavations. And it is considered a fantastic luck to find a whole treasure. Such finds allow researchers of antiquity to accurately determine the construction date of an ancient archaeological monument.

Moreover, certain statistics of randomness, the number of coins and the metal they were made of allow scientists to calculate the number of inhabitants of a single ancient settlement, and even make assumptions about the living standards.

Of course, it is not so easy to find ancient coins digging through the layers of ancient eras. The archaeological expedition of the Kazakh Research Institute of Culture (KazRIC), which has been exploring the ancient settlement in Turkestan for the third year as part of the scientific project “Restoration of the archaeological sites of the Kultobe settlement”, was lucky. The result of the work was a whole collection of numismatic material. The earliest coins belong to the II-III centuries AD. There are two of them, the so-called Kushan coins. And they allow historians to talk about the two-thousand-year history of Turkestan. They clarify the age of the walls of the ancient citadel and the cruciform structure.

– During the excavations, various household items, jewelry, characteristic of this historical period of time, were found, - says the General director of the Kazakh Research Institute of Culture LLP, Doctor of Philosophy (PhD) Andrey Khazbulatov. - The ancient coins have helped us to determine some dates more precisely, and this is their undoubted value.

All numismatic finds are thoroughly cleaned, and then they are studied by specialists. Pavel Petrov, a well-known Russian numismatist, a candidate of Historical Sciences, is a consultant of the KazRIC on the project for the study of Kultobe settlement. He compiled a kind of chronology of coins, claiming that the most ancient of them are the Türgesh (VIII century) and Samanid (IX – X centuries) coins. Only one of each was found, but that does not diminish their value. On the contrary, they might be even more valuable than the whole treasure.

Chronologically after them goes a treasure trove of silver and copper coins of the Chagatai Khanate. Scientists suggest that it could have been hidden in the first decade of the XIV century, when there were internecine wars between Chagatai and Kaidu-khan’s family. Constant raids and devastation in the territories controlled by the descendants of Khan Kaidu from the family of Genghis Khan's son Ogedei became a real disaster for the local residents. They believed that the best way to preserve the savings was to hide them in a secluded place. The subsequent scenario did not allow the owner of the treasure to take it and dispose of it at his own discretion. So the treasures of coins of the Chagatai period of the late XIII – early XIV century and the Janid treasure of silver coins of the XVII century have survived to our days and have become an invaluable find for archaeologists, historians and numismatists.

As evidenced by archaeological practice, coins hidden in jars, wrapped in cloth or some other dense material, are preserved much better than those that laid in the soil layer for centuries.

The Gold Horde's money and rare finds of Timurid fals dating back to the XV century were also added to the numismatic collection.

- The coins of this period reveal a very interesting thing from the point of view of history,- says Pavel Petrov. – Once I tried to find out at what time people left the territory we study, but it turned out that none of the local historians know the exact answer to this question. The analysis of numismatic finds from the Soviet period showed that in the early 40s of the last century, the systematic loss of metal money on this monument ends. That is, until that time, they occur regularly with a certain statistical stability, and then completely disappear. This indicates that the last inhabitants left during this period. No one else has lived in this place since.

In the same way, from the finds of coins historians determine when a given region established permanent commodity-money relations and with what territories they were developed. If we talk about the settlement of Kultobe, the trade, the calculation of which was conducted in monetary signs, was born around the beginning of the VIII century, although it had began to form five centuries earlier. Scientists believe that this is confirmed by the findings of Kushan coins dated to the II-III centuries AD. So far, less than a dozen such coins have been found in all of Southern Kazakhstan, two of which were discovered in the Kultobe settlement.

However, there is a significantly bigger number of the coins of the later period. These are banknotes of the Türgesh Khanate and Samanid Empire, as well as numismatic finds after the Timurid period (later than the XV century). Money was made at the mints of the XVI century – this is the time of the rule of the Shaybanids and the period of the Kazakh Khanate (XVII century). There are coins from the period of the Khanate of Kokand, the Russian Empire of the XIX century and the Soviet era. But the period of Kara-Khanid rule (XI–XII centuries) did not give any numismatic artifacts. So far they have not been found, which surprised scientists. Does this mean that the area was not inhabited at that time? Scientists tend to believe that it was not necessary like that. It could well be that the locals instead of commodity-money relations practiced commodity-exchange, that is, exchanged goods and services. Such a way of life is typical for small settlements. Again, a more accurate answer to this and many other questions can only be given by further archaeological research.

During the study of the settlement of Kultobe, most of the coins that were found belong to the XVI–XVII centuries. This is due to the fact that at that time the city was densely populated, and trade was intensively conducted in it, the means of payment for which were mainly copper coins. In the course of buying and selling, coins were inevitably lost. Finding them in the dust was not so easy, so they became artifacts. Another question is that not all the lost coins have survived to this day. Experts say that many were lost due to the characteristics of the soil and climate. According to them, from 30 to 70% of the found coins are not amenable to attribution. It is impossible to identify them because the top layer is almost completely destroyed by the aggressive environment. This is the problem of many archaeological sites located along the Syr Darya River, where the soils have a very high degree of salinity.

– The strong salinity of the soil on the settlements of Turkestan and Kultobe caused serious damage to the coins, - Pavel Petrov believes. - Stamps for coins of, say, the Kazakh Khanate of the XVII century or the XVI century-the Shaybanid period, as a rule, are cut quite finely, and their impression is obtained in low relief. This relief was destroyed by saline soils. Therefore, most of the coin blanks are completely empty, or only a single letter or a trace from some rim is visible. How to identify such a coin? No way. It remains unidentified. For the rest, when all or at least a significant part of the inscriptions or images are visible on the coin, we can determine what kind of mint or issuer, or period it is from. This is the very basis that allows us to collect some statistics on the finds of certain coins.

Silver coins were not so common in everyday life, since they were mainly used as a payments for large purchases. It is clear that they were not affordable for many, especially since the constant raids did not allow the population to get particularly rich. This assumption is made by historians based on a comparative analysis of the numerous artifacts discovered during the expedition.

But the fact that in the XVI century Yassy had its own mint is an indisputable fact. And it is confirmed by numismatic finds.

– By the XVI century, Turkestan became the largest trading center with an active mint, which minted copper coins most often for the needs of everyday trade, - says Pavel Petrov. – The exception is only a small number of silver tangas with the name of Shaybanid Iskander Khan. In general, the coins of the Syr Darya region differ from the central-Transoxiana copper, but in typological terms they are close to the coins of the Tashkent production, because the region had the same political and economic leadership. The design of the Turkestan coins on the obverse had an inscription indicating the coinage of Yassy. On the reverse, we find images of a predatory animal, fallow deer, fish, floral ornaments and other elements. It is believed that such images carry a certain semantic meaning – through zoomorphic images in the form of various symbols and allegories certain information was conveyed, understandable to people of that time.

A thorough analysis of all the coins allowed experts to identify more than 30 main and several additional types of copper coins of Turkestan origin. They have several design options for the front side of the coin – different rims, different number of points on the coin face and other additional touches.

The numismatist-orientalist Pavel Petrov believes that it is somewhat more difficult to read the coins of Kultobe than European or Russian ones. This is due to the fact that in the East, the paleography changed almost every century, and sometimes even more often. In addition, monetary circulation and coinage in the East, in comparison to the West, had its own characteristics.

In any case, the numismatic finds of Kultobe are the most valuable source for studying the system of monetary circulation, political, social and cultural life of Turkestan in different historical periods. They allow us to take a fresh look at the genesis of the city's development, the dynamics of trade and economic relations, and the history of the domestic coin business.