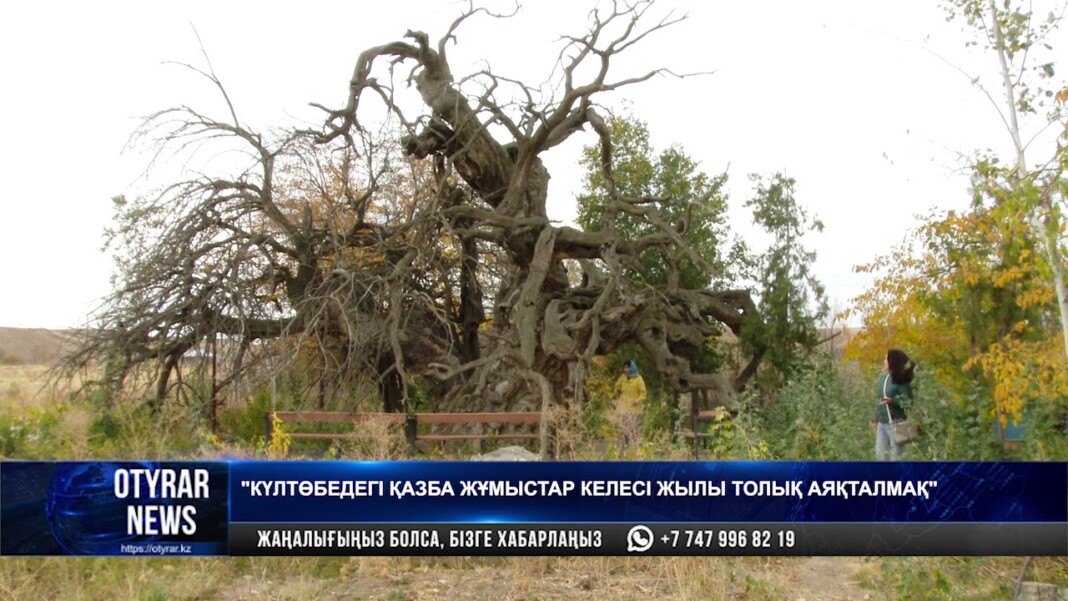 So says the head of the Department of tourism - Gulmira Akberdieva. The media representatives reviewed with ancient expositions during the tour of the unique objects of the Turkestan oasis.

That is the place where the history of the oldest city in the country — Turkestan-began. The ancient settlement-the settlement of Kultobe-will soon turns into an open-air archaeological park. According to scientists, 27 hectares of land was inhabited by different ethnic groups:  from Caucasoid before Mongoloid. That confirmed by the remains of people who lived here about a thousand years ago.

Andrey KHAZBULATOV Chief Director and scientific director of the excavations of the Kazakh Research Institute of Culture: «The ongoing scientific research of the city of Kultobe, as the main monument of the processes of interaction between the cultures of the peoples of Eurasia, will further enhance the status of Turkestan as an ancient sacred centre of the Turkic world. Meanwhile, following the example of the archaeological parks of Yoshinogari in Japan, Parkin in the United States, Blisbrook-Reinheim in Europe, it will attract many tourists».

Many exhibits were found in the ancient settlement. They are of great cultural and historical significance. These are books written in Arabic script, ancient jars and gold jewellery. The earliest architectural monuments of Kultobe date back to the first centuries of our era.

Marat TUYAKBAYEV, archeologist of historical and Cultural Reserve - Museum – «Áziret Sultan»: « Gold jewellery was found, as well as products similar to animals that not previously found. Amulets and all sorts of trinkets that are attached to clothes were found. There are also gold earrings and rings dating from the 9th-12th centuries».

Archaeologists have already studied 18 hectares of Kultobe. The excavations will continue next year. The holy city, the political and spiritual cradle of the Kazakh Khanate and the Turkic world, will become an essential part of the tourist route.

More than 1,600 archaeological and architectural monuments are located on the territory of the Turkestan oasis. A remarkable tree grows on the site of an old burial site in the ancient settlement of Karnak.

The Mazhratut mulberry tree, according to old-timers, is more than 1200 years old. The current Shammat-Ishan museum, built in the 18th century, also impresses with its historical heritage. Some manuscripts have not yet been read.