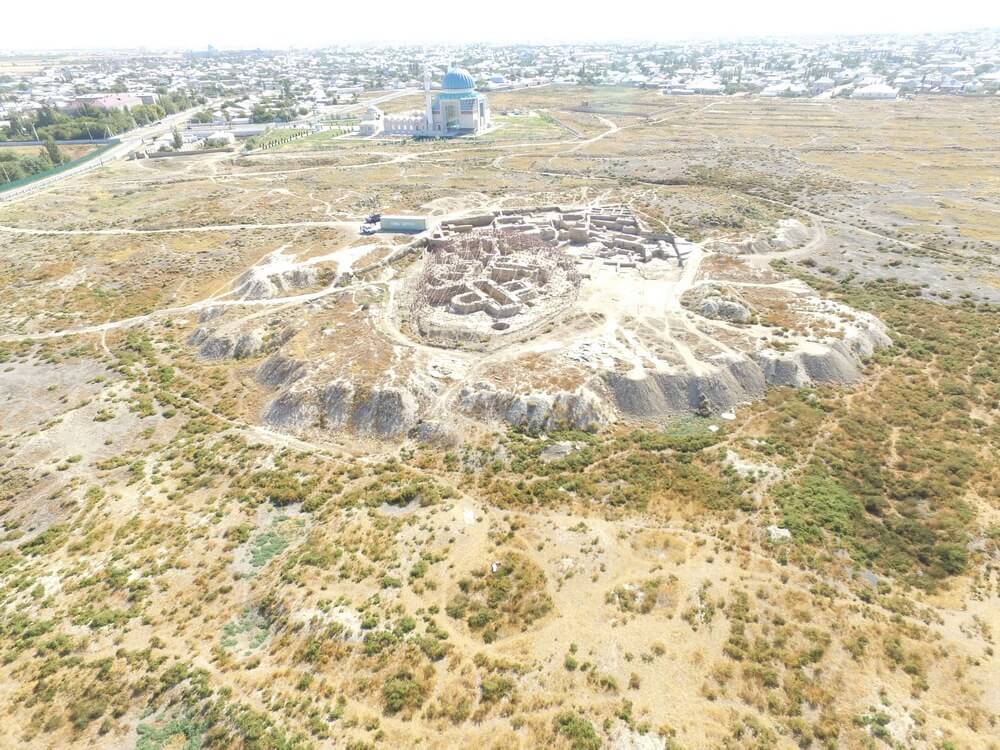 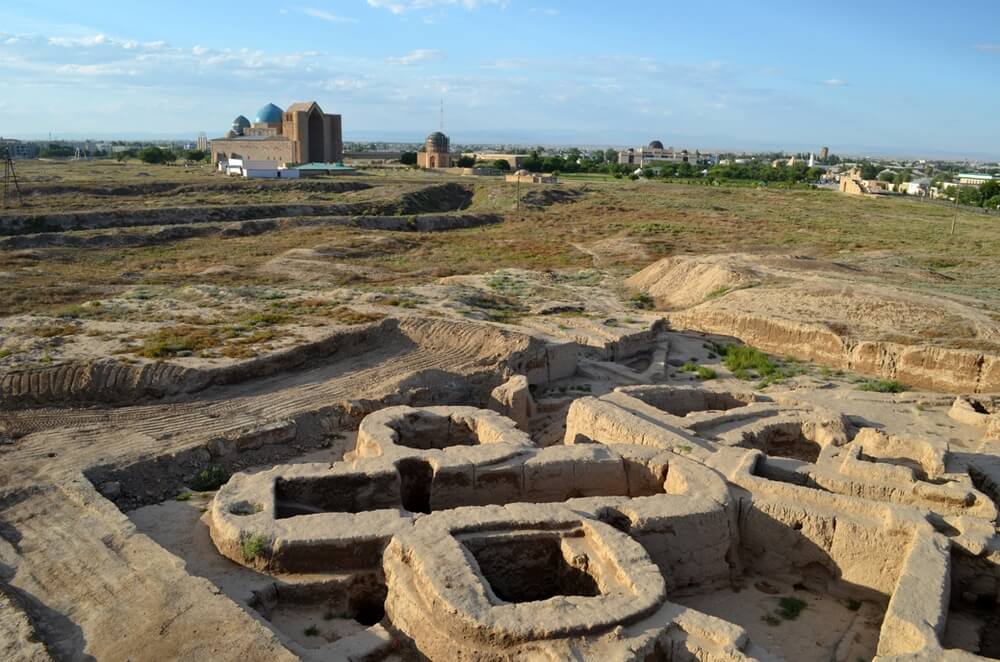 The cruciform construction is in the southern part of the Kultobe settlement’s citadel. This is a massive cross-shaped construction and an equal - edge crossed. The sizes of this cross are 18x18m and the width of the “rays” is 7m. The “cross” is almost exactly oriented on the cardinal points with no more than 8 ° clockwise offset. The edges of the cross are rounded.

The preserved walls are up to three meters high and were built of pakhsa and adobe bricks. The construction has three rooms: a central long room, 13.7x2.9m and one room each, connected with arched passages and located on both sides of the central room, 2.35x2.9 m.

Experts are unanimous that the cruciform construction has a religious purpose and is an ancient sanctuary (temple). The estimated age of the cruciform is I – II century AD

In general, scientists believe that this cultural site is a typical cult sanctuary of the Kangju era.

Analogs of the cruciform temple of the Kultobe settlement have been found in the Taraz region, Kazakhstan and on the territory of Uzbekistan and Kyrgyzstan.

Detailed research of this cruciform construction, studied by famous Kazakh scientist Y.A.Smagulov showed one of the underexplored life parts of ancient Kazakhstan in the Kangju era.