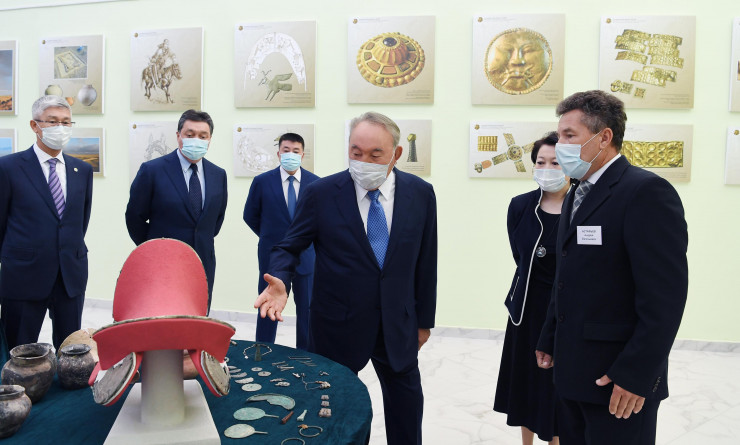 The location of Turkestan, as well as its status as one of the most important spiritual centres of the Turkic world, will serve as a platform for Central Asian integration, Elbasy said.

NUR-SULTAN, 28 Sep. — Sputnik. The summit of the Turkic-speaking countries was postponed due to the coronavirus pandemic. But it may be held in Turkestan in the spring. It was announced by the first President of Kazakhstan, Nursultan Nazarbayev, during a trip to this city.

«We planned to hold a Summit of Turkic-speaking countries in Turkestan. Due to the situation in the world, it was postponed. I think that if everything goes well, we will take him to Nauryz», - said Elbasy

Earlier reported that the summit planned to held in Turkestan in the fall of 2020.

Nazarbayev stressed that the decision he made in 2018 to revive Turkestan supported by the people of the country, the official portal of the Elbasy reports.

«Today we got acquainted with the new objects of Turkestan. They will become new sights of the city, points of attraction for citizens and tourists from all over Kazakhstan and the world. The large-scale construction of Turkestan is an impetus for the economic development of the whole region», - said the first president of the country.

Nazarbayev took part in the opening of the airport in Turkestan.

He noted that the location of the city, also its status as one of the most important spiritual centres of the Turkic world, will serve as a future platform for Central Asian integration.

Elbasy expressed confidence in the further development and prosperity of the ancient city.

Nursultan Nazarbayev showed the complex "Caravanserai", and he also presented the results of archaeological research on the territory of the reserve-museum "Azret Sultan". Earlier, he took part in the opening of the airport built from scratch in Turkestan.