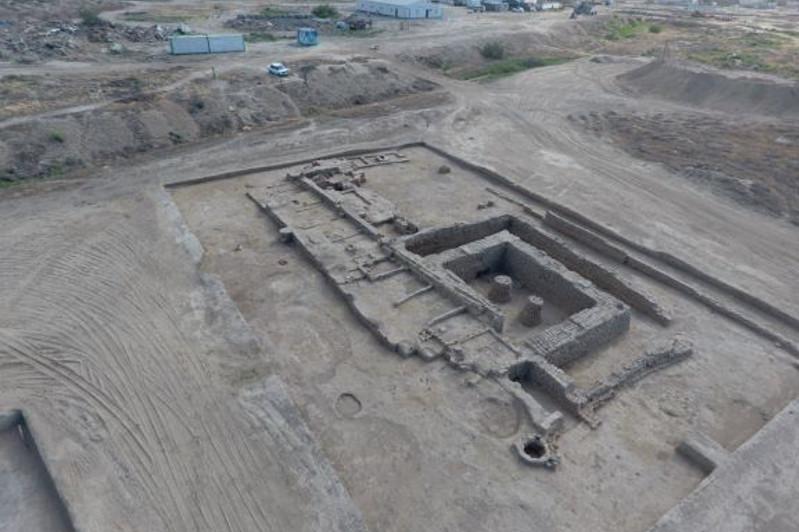 TURKESTAN. KAZINFORM - During this year's archaeological excavations on the territory of the most ancient part of the city of Turkestan, the settlement of Kultobe, scientists have discovered a unique structure - an ancient Sufi monastery called khanaka (dervish lodge), Kazinform reports citing the press service of the Kazakh Research Institute of Culture.

A sensational finding was made by scientists of the Kazakh Research Institute of Culture within the framework of the project «Restoration of Historical Objects of the Kultobe Settlement», implemented with the financial support of the Eurasian Resources Group (ERG).

According to experts, the Kultobe khanaka is a unique monument of cult and funerary architecture that functioned from 15th untill 19th centuries.

Khanaka on the Kultobe settlement is a complex of 10 rooms. In the southeastern part of the building there is a rectangular mausoleum with an underground ossuary. Seven burials were found here. The mausoleum is rectangular (8x11 m). All the buried were laid along with an orientation towards the mausoleum of Khoja Akhmed Yassawi. It proves the hypothesis that the khanaka belonged to the Yassawi order.

Description of the artifacts found in the khanaka and other details of the project can be found on the official website of the archaeological park Kultobe Settlement https://kultobe.com/ and the Institute's Facebook (@kultobe) and Instagram (@kultobe_).