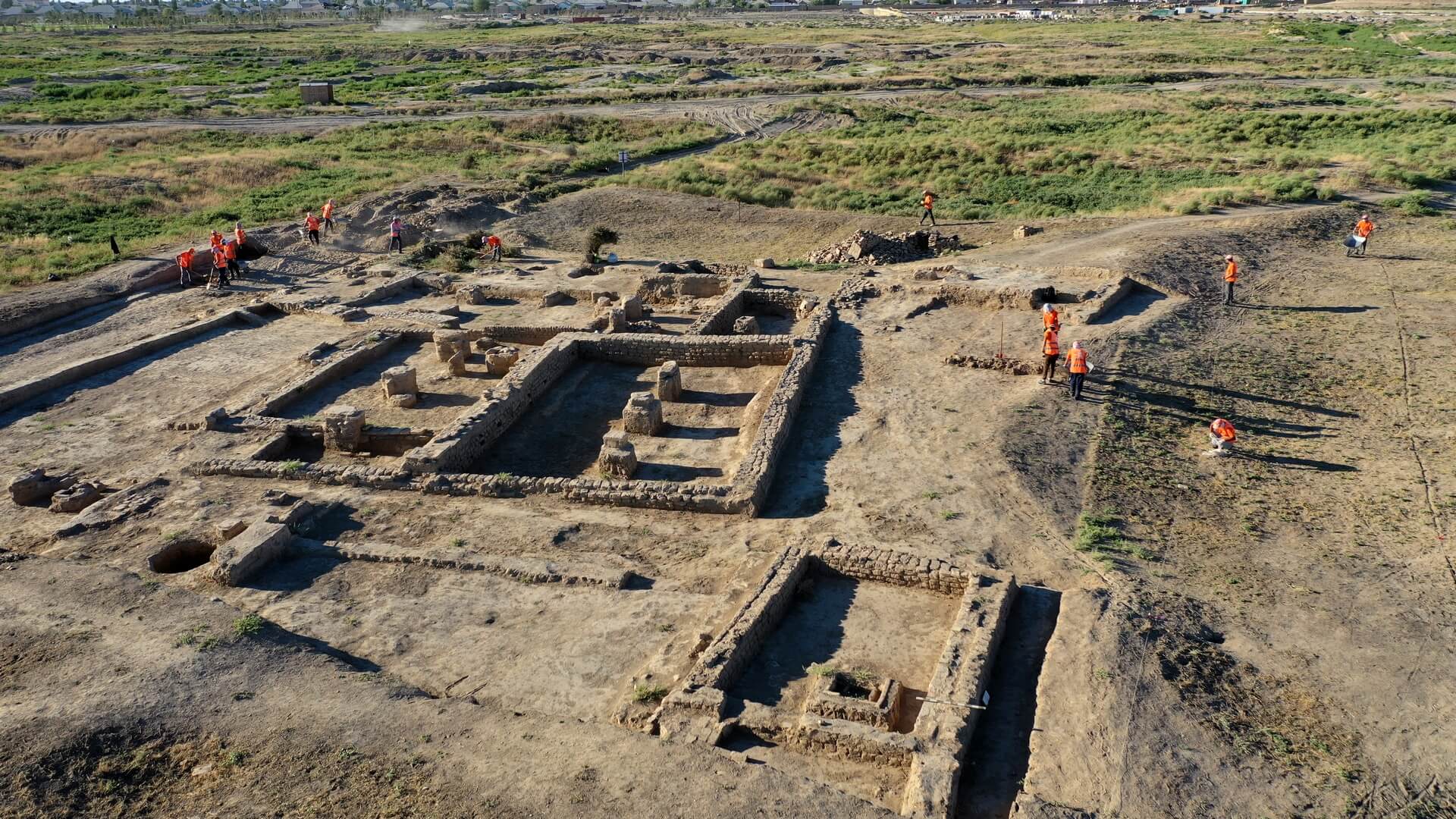 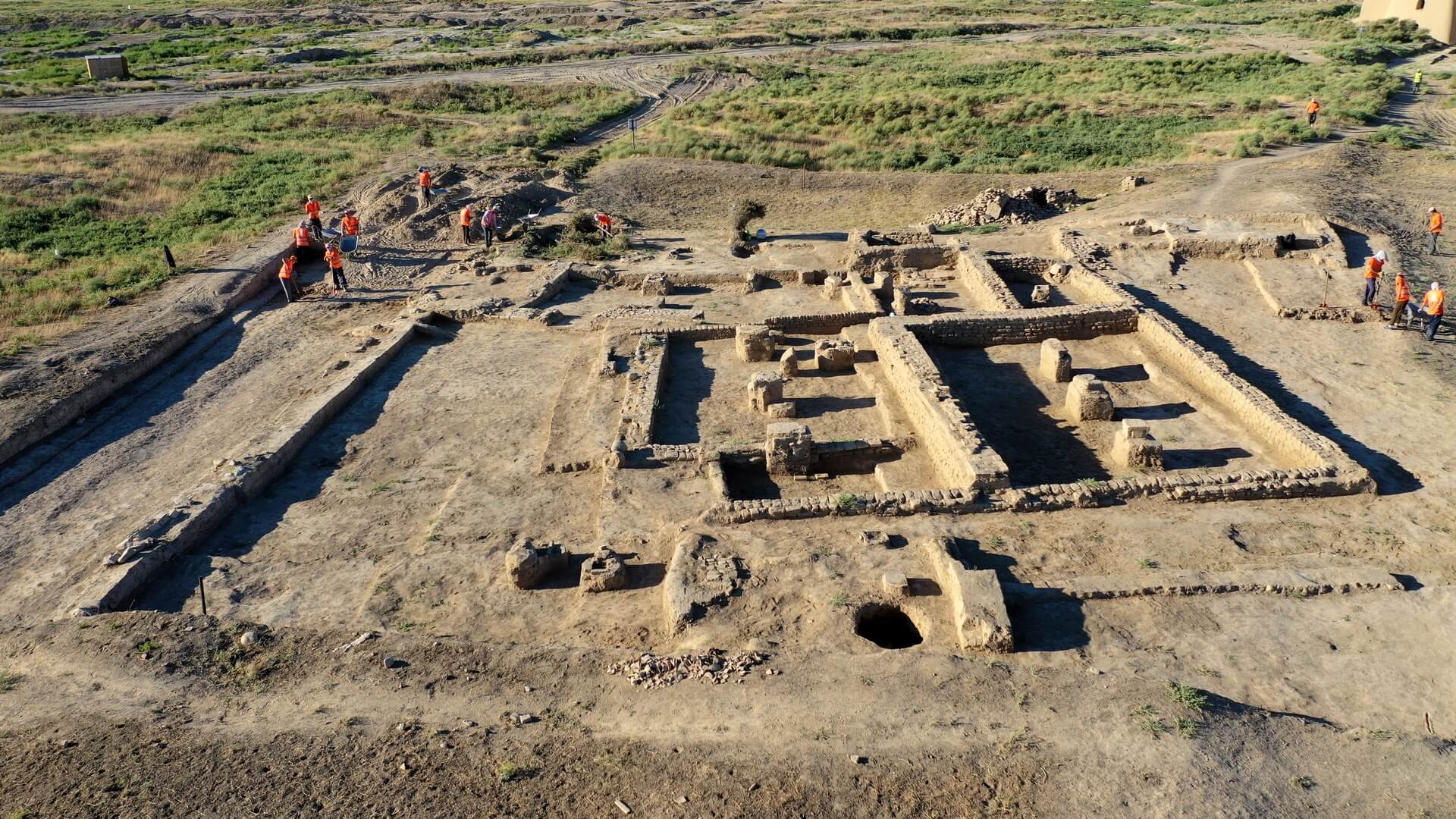 The public building was built of burnt bricks. According to the initial version, experts qualify it as a Muslim mosque. The building is located on the main street of the settlement and dates back to the XIII-XVI centuries. Three bases from stone columns were found in the central room of the building. Such columns and a strong foundation are built only for two floors buildings with a large area.

The distance between the first row of column bases is 530-580 cm, the second row of columns is 330 cm long. One column base is missing, presumably it was removed during the dismantling of the structure.

The entrance to the central hall is from the south-east side, through a doorway On the south side, the sub-square room is adjoined by the sufas (clay or brick platform for rest) on the east and north sides, on the east side there is also a 340x340 cm pylon lined with burnt bricks at the base. On the western side there is also a platform with similar dimensions 340 x 340 cm.

In the courtyard of the building, a sardaba, type structure was arranged - a reservoir for collecting and storing water. Such water storage facilities were widespread in Central Asia and were built according to all the requirements of hydraulic engineering. They were intended to collect rain and melt water, and on top of the sardaba was covered with a huge dome of burnt brick with holes for ventilation.

The existence of this structure dates back to the XIII-XVI centuries.